You are here: Home / Front Page News / Murray Off to a Running Start at Wimbledon, Hewitt Stuns Wawrinka 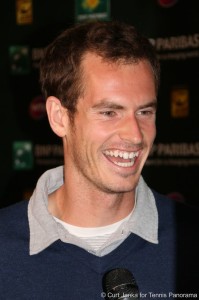 “It was a good start.  He’s a tough player.  I thought it was a pretty high‑standard match, apart from a few games in the middle of the first set.

“But, yeah, we had a lot of good rallies.  He served well for the first couple of sets.” 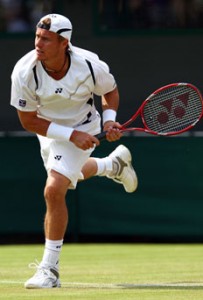 Hewitt is playing in his 15th straight Wimbledon and 57th major of his career.

Hewitt spoke about his emotions during the match:

“I guess I had so many things going through my mind.  Obviously, I just wanted to try to wrap it up in straight sets.  It was getting dark out there.  I was up two sets and a break.  I was fighting so hard to keep holding serve, weathering the storm out there throughout the whole third set.  I felt so close yet so far away from it there for a while.

“It was just sort of a matter of battling down.  Obviously, everything I’ve been through as well.  The last two years I’ve come here and I’ve competed, but, yeah, last year I don’t think I was even close to 50% physically.

Yeah, you just enjoy the moment.”