You are here: Home / Contributors / Venus Williams Dominates in First Round Victory in Dubai 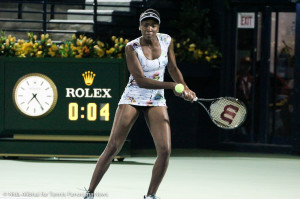 (February 17, 2014) DUBAI – Wild Card entry and two-time former champion Venus Williams was off to a winning start at the Dubai Duty Free Tennis Championships besting Elena Vesnina 6-3, 6-2 hitting 10 aces along the way.
“The last couple matches I played against her, at Wimbledon she played so well and it wasn’t my day, and Cincy as well – I had some chances there but she was clearly more on her game,” Williams said after the win.
“These days I’m a little more on mine, so I was glad to get a win.” 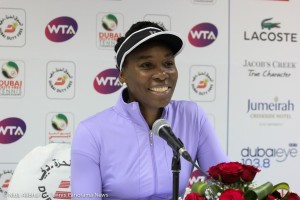