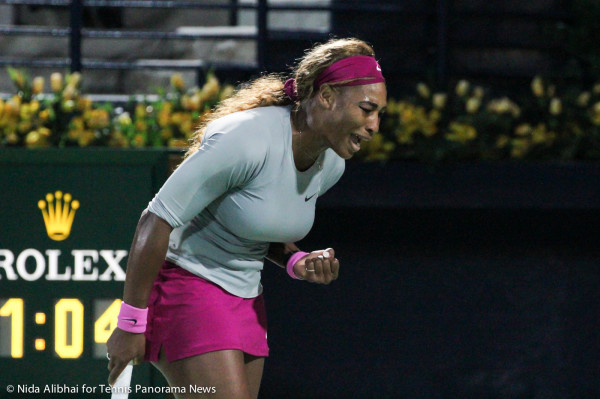 (February 18, 2014) DUBAI -Wild Card and top seed Serena Williams was forced to save set points in her 7-6 (8), 6-0 win over Ekaterina Makarova at the Dubai Tennis Championships on Tuesday.
This was Williams’ first match since she lost in the fourth round of Australian Open where she was dealing with a back injury which she has been recovering from ever since.
The world No. 1 admitted to being rusty.
“I felt a little rusty, but it was OK,” Williams said. “Body is fine. I just had to get my feet moving, but it was OK.”
Williams saved two set points against the 24th ranked Makarova in the first set tiebreak.
“Today was really difficult for me,” she continued. “I felt so rusty out there and a little frustrated – I’ve been practicing, but I was like, ‘Gosh, this isn’t what I practiced. But I was just really excited to get through that. I was really telling myself to stay positive, because I was making a lot of unforced errors that I don’t normally make, and my serve wasn’t popping the way it usually does.
“I’m happy for the win, but I’m going to have to play better if I want to do better here.” 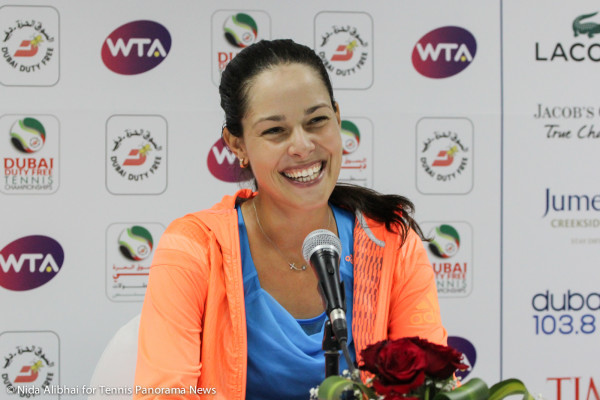 In an earlier match in the evening session Ana Ivanovic saved a match point and knocked out sixth seed Angelique Kerber 3-6, 6-3, 7-6 (6).
It was difficult match for Ivanovic to close. She could not take advantage of three break point against Kerber to end the match in the 12th game of the final set. Also Ivanovic built a 5-1 lead in the tiebreak but Kerber came back to have a match point of her own at 6-5. Ivanovic win the next three points to win the contest.
“I’m just so happy to be through,” said the Serbian.