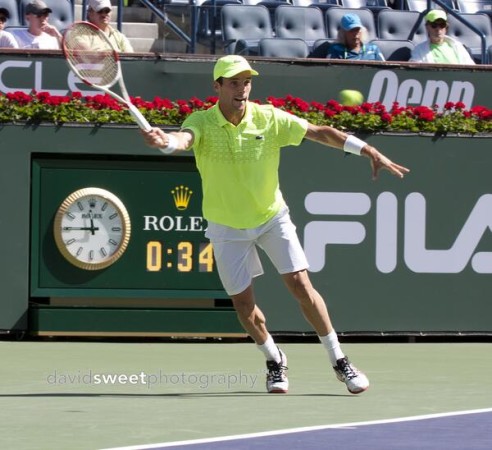 (March 9, 2014) No. 4 seed Tomas Berdych fell to Spain’s Roberto Bautista Agut in the second round of the BNP Paribas Open on Sunday 4-6, 6-2, 6-4.
“It is tough opponent, but, you know, first of all I need to say that he really handled the tough situation today really well,” the Czech said.
“But secondly, more important to me that anything I touched today was basically bad and was wrong.  So really, you know, just to recap it, definitely my worst match that I had this year.  That’s it, you know. 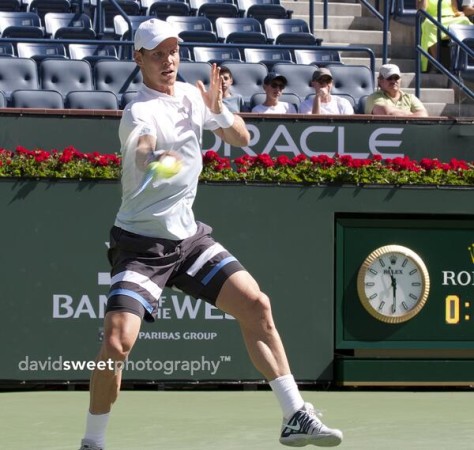 “That’s another experience.  That’s another way of the tennis, also.  It’s not only about winning.  So, yeah, just learned I need to learn from those mistakes that I did and just keep going. 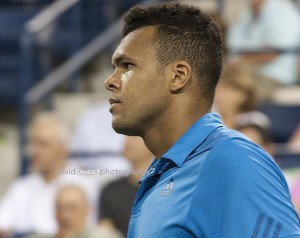 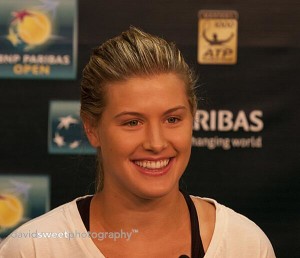 Canada’s Eugenie Bouchard put out No. 10 seed Sara Errani 6-3, 6-3 to advance to the fourth round of a WTA Premier event for the first time in her career.
The 20-year-old outhit her top ten opponent 36 to 10 in total winners. She’ll face will next face Romania’s Simona Halep, the world No. 7.
“She’s definitely improved a lot,” Bouchard said of her next opponent.  “I think she’s a really good, solid player.  I’m excited to play her.  I’m looking forward to playing against her game and seeing what it’s like and, you know, still focusing on my game and doing what I need to do.” 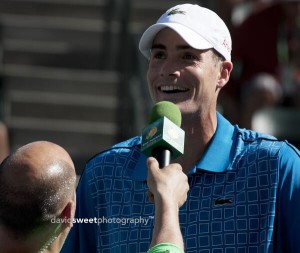 The lone American man left standing John Isner beat Russia’s Nikolay Davydenko 7-6 (5), 6-3.
“It was a very good start.  I was happy with how I played.
“You know, I felt my intentions were good out there.  I played well.  I created a lot of opportunities for myself on return, and that’s really all I can ask for.
“So as far as that goes, very happy.  Could have been a little bit cleaner, but all in all, I thought I played well.  I served extremely well.  You know, stayed aggressive for the most part.
“Happy to be through.  These conditions are very good for me.”
As to being the only US male left in the singles draw, the 6 foot 10 Isner said he does not feel any additional pressure: “No, I don’t.  I guess yesterday wasn’t a great day for our American men.  But, you know, selfishly I’m just worried about myself, really.  I certainly want all those guys to do well.
“But at the same time, it’s not my concern at all.  My concern is myself and just trying to keep moving forward and keep getting better and get back to where I want to be.”