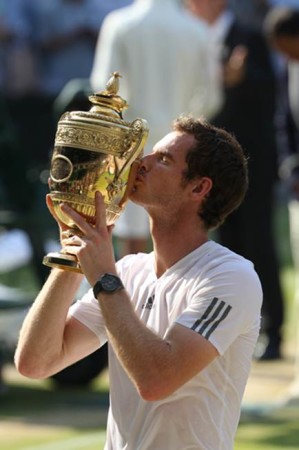 (March 19, 2014) According to AndyMurray.com, Andy Murray and coach Ivan Lendl have decided to call it quits after two years.
Here is the statement from his website:

Andy Murray and Ivan Lendl announce that they have mutually agreed to end their two year coaching relationship.

News – Wednesday, March 19 2014
The partnership between Murray and Lendl brought an Olympic Gold Medal, US Open title and Wimbledon Championship.
“Working with Andy over the last two years has been a fantastic experience for me”, said Lendl. “He is a first class guy. Having helped him achieve his goal of winning major titles, I feel like it is time for me to concentrate on some of my own projects moving forward including playing more events around the world which I am really enjoying. I will always be in Andy’s corner and wish him nothing but great success as he too goes into a new phase of his career.”
Murray, who is returning from back surgery and preparing to defend his title in Miami, said “I’m eternally grateful to Ivan for all his hard work over the past two years, the most successful of my career so far. As a team, we’ve learned a lot and it will definitely be of benefit in the future. I’ll take some time with the team to consider the next steps and how we progress from here”.
Andy will lead Great Britain in the quarterfinals of the Davis Cup next month against Italy.
Lendl has recently played exhibitions in Kansas City, Oklahoma City, Nashville, Charlotte and London. He has also been giving clinics in the Canary Islands as well as opening new courts in Bluffton, SC at the Ivan Lendl Junior Tennis Academy.

Under the tutelage of Lendl, Murray captured the Olympic gold in London in 2012 and the U.S. Open title in 2012. Murray became the first British man to win Wimbledon in 77 years in 2013.