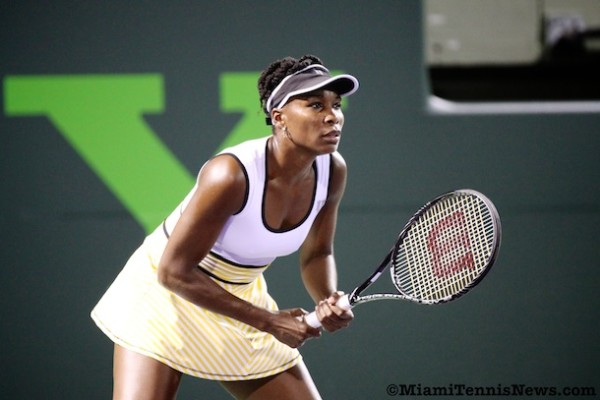 (March 21, 2014) Three-time former Sony Open winner Venus Williams defeated Anna Schmiedlova 6-3, 6-3. Williams at 33 is the the oldest player in the women’s draw and is playing in Key Biscayne for the 15th time.

“I have been working hard since then, and I feel really confident, you know, in every situation I’m in on the court,” Venus Williams said.

“She’s competitive, a new player,” Williams said about playing Schmiedlova. “You never know what their game is really going to be like.  I’d never even seen her play.

Coming into Key Biscayne, Williams is on a win streak, riding a crest of confidence.

“I feel good on the court, she said.  “I feel like I have had a chance to play more matches this year than really lots and lots of years.  Many, many years, like four or five.

My whole plan is to be playing.  That’s it.”

She’ll play in the third round against Casey Dellacqua. 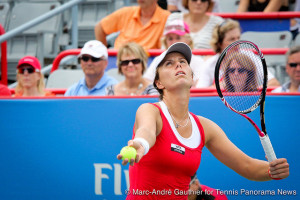 “I’m really happy about it,” Keys said.  “I mean, I think I served well.  I think that really helped me today.

The next challenge for Keys will be No. 2 seed Li Na in the third round.