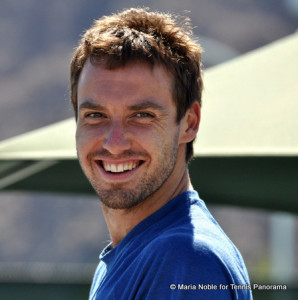 (May 30, 2014) The never boring Latvian player Ernests Gulbis told the media on Friay that he hopes that he two younger sisters don’t become professional tennis players because women need to “think about kids.”
Gulbis, who moved into the round of 16 at the French Open on Friday and who will face Roger Federer next said in his post-match news conference: “a woman needs to enjoy life a little bit more. Needs to think about family, needs to think about kids.”
The 18th seeded Gulbis said that life on the tennis tour is difficult and more for women who what to have children. “That’s tough for a woman, I think,” Gulbis said.

Here’s a quote from Ernests Gulbis on why women, like his sisters, shouldn’t play professional tennis. #RG14 pic.twitter.com/q0CNrQxJV3
— Ben Rothenberg (@BenRothenberg) May 30, 2014

Maria Sharapova was asked about Gulbis’ opinions to which she responded:
“I don’t think we can take everything serious when he speaks.I think he’s great entertainment and we love to listen to what he has to say. But, I mean, of course, you have different opinions.
“In a way, I think he was joking, but he’s playing the sport, so how bad can it be? If he felt so bad about it, and even if he’s a male, I don’t think he’d be playing it.” 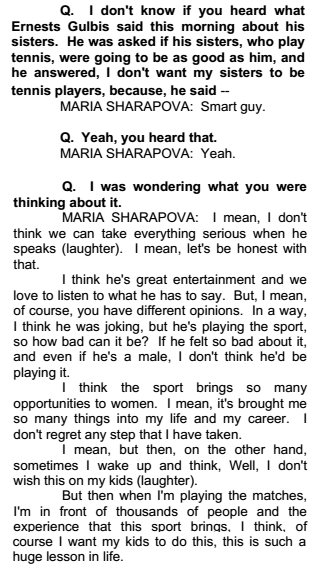