You are here: Home / Features / Ana Ivanovic Beaten in Third Round of Roland Garros 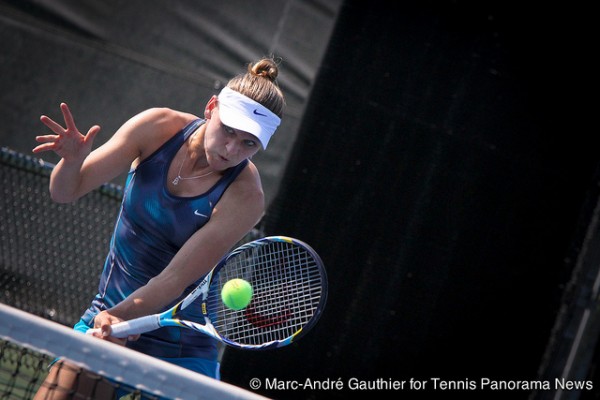 (May 31, 2014) 2008 French Open champion Ana Ivanovic’s dreams of a second Paris title were dashed on Satruday, when the 11th seed was beaten by 23rd seed Lucie Safarova 6-3, 6-3. It was Ivanovic’s fifth straight loss to the Czech woman. Safarova is now 5-2 against the Serb.
Safarova will play 2009 French Open champion Svetlana Kuznetsova who had to battle past fifth seed Petra Kvitova 6-7 (3), 6-1, 9-7 in an over three-hour match.
Fifteenth seed Sloane Stephens advanced into the French Open’s fourth round for the third straight time with a 6-3, 6-4 win over No. 22 Ekaterina Makarova.
Stephens will face off against No. 4 Simona Halep for a place in the quarterfinals. Neither woman has ever reached the final eight in Paris.
Due to the upsets on No. 1 Serena Williams, No. 2 Li Na and No. 3 Agnieszska Radwanska, Halep is the top women’s seed remaining at Roland Garros.
“That’s a surprise for everyone,” said Halep. “Is not easy to be the (top) seeded now, during the tournament. But I try just to keep — the pressure (away).”