You are here: Home / Features / Quotes of the Day from the Pre-Wimbledon News Conferences 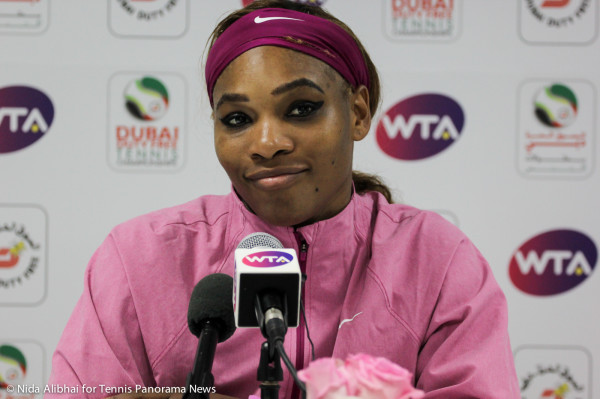 (June 21, 2014) WIMBLEDON – Players met the media on Saturday for pre-Wimbledon news conferences, days ahead of the The Championships, 2014.

Who says I was over it (smiling)?
-No. 1 seed Serena Williams  asked about how long it took for her to get over her stunning second round loss at the French Open to Garbine Muguruza.

-Simona Halep on her new found fame in her homeland of Romania
It was amazing feeling when I arrived home, because they stopped the plane just on the red carpet at the airport and everybody was waiting for me, about 300 fans.  I went to them and I said hello, many things there.  They ask me many things.
Yeah, was incredible.  For me was the best moment of my life.  Was incredible.  I will never forget that moment.

The big change is that everybody knows me now and a lot of people are speaking about me and are watching me.  In Romania all the press, every day they are watching me.  I don’t know why.
It’s a little bit difficult, but I want just to stay very far of this and just to keep focus my mental for the tennis.  I just want to think about tennis now and nothing else.

On looking at her ranking years ago:
A few years ago I was looking at the rankings on Internet, and I saw I was fourth page.  I said my dream is to be on first page.
So now I am there, and I am really happy.  I cannot be sad that I lose some matches.  I want just to enjoy this moment and to try to improve more in my game and to be maybe second or first.

Roger Federer on his second round loss at Wimbledon last year:
That was done a week after Wimbledon.  After that, I didn’t need to think about it a whole lot anymore.  It was just one of the big goals I set for myself.  I failed.  Back to work.  Get yourself in shape.
Rafael Nadal on Wimbledon:
I say before:  Is really the most dangerous tournament of the year.  When I arrive to Roland Garros I already played for one month on clay.  I played a lot of matches.  So more or less I can imagine how I am going to play.