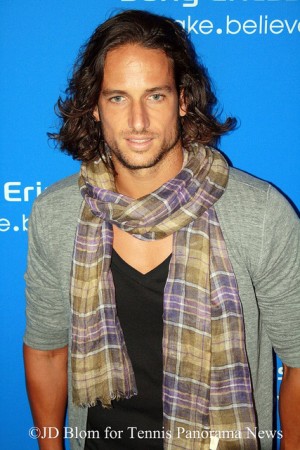 (June 21, 2014)
Aegon International
Eastbourne, Great Britain
RESULTS – SATURDAY, 21 JUNE 2014
Singles – Final
[3] F Lopez (ESP) d [1] R Gasquet (FRA) 63 67(5) 75
LOPEZ RETAINS EASTBOURNE TITLE
• Lopez needed two hours and 13 minutes to secure his fourth tour-level trophy
• The 32 year old is the first player to reach consecutive grass-court finals (Queen’s, l. to Dimitrov) prior to Wimbledon since 2001, when Lleyton Hewitt and Thomas Johansson both featured in back-to-back title matches on the surface.
• The Toledo native struck 14 aces and 44 winners, capitalising on four of six break points.
• Gasquet was foiled in his bid for a third Aegon International crown, having triumphed in 2005 (d. Mirnyi) and 2006 (d. Bjorkman) when the event was held in Nottingham.
WHAT THE PLAYERS SAID
Lopez: “The way I play here is completely different from when I play on the other surfaces around the world. That’s really one of the most important things. Then my attitude was great. I was fighting. Even though I lost the second set, I was [fighting] all the time.”
Gasquet: “[It’s] always difficult to lose the final. It’s always very disappointing, but I tried my best. I think on two break points I could have done a little bit better, maybe return faster than I did. But it’s tennis. I tried to fight the best I could.”