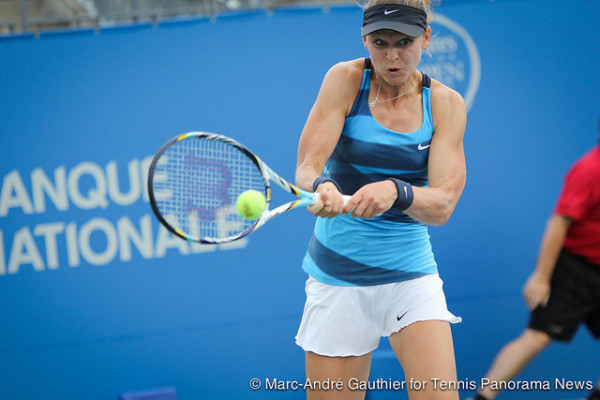 (February 28, 2015) Lucie Safarova beat Victoria Azarenka, 6-4, 6-3 to win the Qatar Open on Saturday for her first Premier-level championship and sixth career WTA title, her first since Quebec City in 2013.

The victory snapped Azarenka’s 14-match winning streak in Doha, which included two titles. I was also the Czech’s first win against the Belarusian.

“I’m really excited and happy about it, because it took me quite a few years to get to this point,“ Safarova said. “I hope it’s not a finish point and I can still improve. I’m playing more consistently. My game improved a lot throughout the last couple of years. I think we did the great job together with my coach, Rob, on my game and it’s just hard work and also maturing a little bit.  I think it’s everything together.”

“There’s a lot of progress this week, a lot of good things happened. I played a lot of great matches, and that’s especially what I was looking for,“ Azarenka said. “Obviously I’m disappointed for today, but I just have to move on quickly. There is going to be another tournament in a week, so I have to prepare for that.  But I can be satisfied with the progress that I made.”

Safarova will move up to a career-high ranking of No.11 in the new rankings, while Azarenka is projected to return to the Top 40.