You are here: Home / Contributors / Murray seals the deal as GB win their first round tie over the USA again 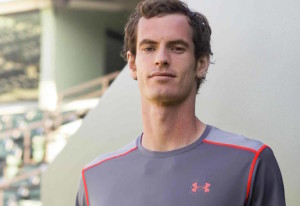 (March 8, 2015) GLASGOW, SCOTLAND – If at all possible the applause the loudest it has been for the three days, as the live fourth rubber set up a thrilling conclusion to the Great Britain-US Davis Cup tie.

With a vocal John Isner thundering down six aces in just his second service game, before he closed it out, you had a feeling we could be going to very long tie-breaks. After all if Isner hits six aces he would expect to be up by a couple of games at least, and not requiring that effort just to nab his second.

In fact it was the flat-footed-sounding Isner that flirted with the first break-point opportunities dulling the enthusiasm of the Glasgow crowd for just a little. There would be more drama to come in the eighth game as Murray put the crowd’s loyalty through its paces delivering them two double-faults and fending off three break points before finally grinding out a hold.

Isner might be one big unit but he showed early on how he could keep pace in the kinds of rallies that Murray likes to use. And it’s not as if the Brit was struggling with his movement, even throwing in one of those drop shots at a crunch moment for an audacious winner.

But there was no denying that Isner was beginning to get his eye in. He was less vocal and less slap-footed around the court now as he sensed he could turn the screw. Pushing Andy Murray every step of the way as the Brit was serving at 4-5, Isner forced 3 set points as the weak second Murray serve presented very hittable opportunities. Yet he could not take advantage as Murray dredged up serves to get him out of trouble.

We got to a first set tie-break, but not quite in the manner we thought, and soe terrible shot-making from Isner put GB in front by just enough to keep the advantage, and a collective sigh of relief from 7,700 people.

The second set saw Murray hold his serve much more comfortably, and even if Isner was getting a look at his second serve, much of the American’s pace on his whipping forehand was tempered as Murray earned his first break point on the Isner serve after one hour and 25 minutes. Even then, Murray showed him no less than three looks at a second serve as he worked to consolidate the break, to no avail for the American.

Two sets up, the question was would this go the distance, or even creep over four sets? Again there were moments when it looked as though Isner would steal the upper hand as Murray squandered his challenges and sent a few pleading looks the way of the umpire as Isner’s serves thundered past him.

Pushing up to a tie-break again, there was a huge crescendo of noise which, if anything, was louder than Murray’s entry into the arena. If the first mini-break was enough to get hopes up, as Murray surged ahead to finish it with an ace to book the British team into the quarter-finals. Final score 7-6(4), 6-3, 7-6(4).

Interviewed on court after jumping around with members of the team, Murray did the honours in thanking the crowd as well as hinting that perhaps it might be time for Tennis Scotland to use grass for something other than football.

“The whole week has been so much fun. This is one of the most special atmospheres I’ve ever played in so I would like to say a big thank you to all these guys,“ Murray said.

“With a home tie against France in the summer I’d imagine we would try to put that on a grass court. I don’t know how many they have in Glasgow but if they could lay one that would be great as the atmosphere has been incredible.”

“To be in the quarterfinals for a second year when it hasn’t happened for so long is incredible.”

Last year the British team also knocked out the USA in the first round of Davis Cup on a clay court in San Diego.

“This is a deserved win,” Murray said. “The attitude of everyone was excellent. Everyone fought extremely hard, especially when we were behind in the matches, no one gave up. Every person played extremely hard.

“It was huge momentum for us in winning James’ (Ward) match. We were also so close yesterday to winning 3-0, so I felt some pressure today to close it out. The way John approached the match made it difficult.”

“When you have a great champion like Andy, against most teams, they should feel like they are up 2-0 going in. The way their doubles team played was impressive. Bob and Mike played unbelievably well yesterday and they were pushed to the wire. It only takes three to win.”

So where does the US Davis Cup team go from here?

“Our team changes, ‘ Courier said.  “You always try to make some adjustments and go forward. We play again in September, so I have time to assess everything. It takes time to process defeats like this and try to figure out what you can learn from it and improve going forward.”

With the next tie straight after Wimbledon, debates are already taking place as to where possible venues could be, as the prospect of holding an outside tournament in an English summer against the French could be intriguing.

The Davis Cup quarter-finals will take place between July 17 – 19.