You are here: Home / Features / Victoria Azarenka is Looking Forward to Building Momentum in Miami 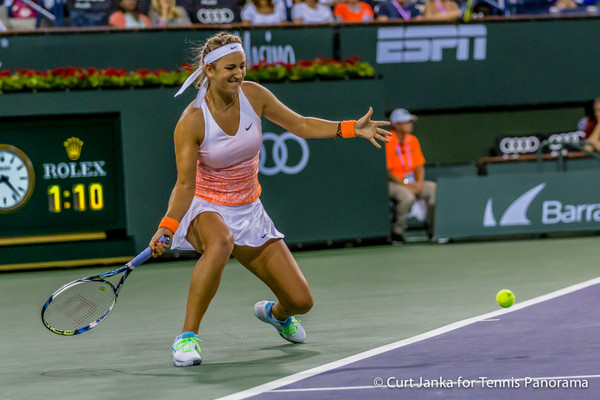 The Belarusian missed playing the last two years with ankle and foot injuries. The injuries over the years have seen the two-time Australian Open champion’s ranking fall. She ended the 2014 season ranked No. 32.

“It’s been unfortunate the last couple of years for me, but I love this tournament,” said the currently ranked world No. 36. “I think, you know, the field is very strong all the time for me.

“I’m just happy to play anywhere I can,” she said smiling. “Obviously coming back to a place where I have a lot of great memories, it’s always nice.

“So I’m just looking forward to build my momentum here again and try to play as many matches as possible, but really to improve my level.”

As for evaluating her match on Wednesday, she said: “I think it was a pretty good first set. You know, second set there was a little bit too many mistakes in the beginning. I felt like I lost my momentum, and she led the way a little bit.

“But I’m glad I could turn it around and play well when I needed to. But I just would like to see a little bit more consistency from my game.” 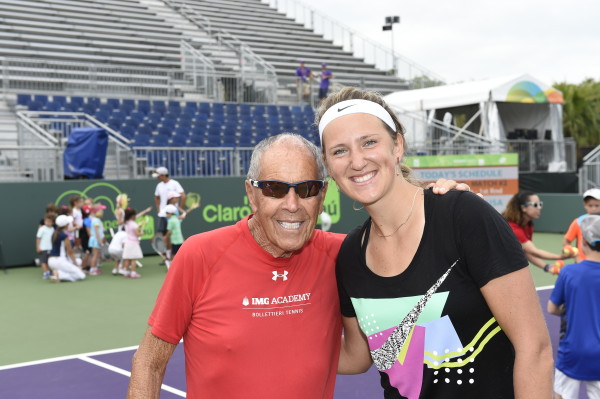 “I remember when I came here and I won my first two matches how excited I was. It was like, Oh, my God, I made it to third round in Miami and I played Anastasia Myskina.

“For me, it felt like I won a Grand Slam. I was that happy. But obviously being here at 25, it feels a little bit different. Definitely I think you evolve. Every year I came here, now it feels so much different than when I was here at 19.”

Next up for Azarenka will be 20th seed Jelena Jankovic, just coming off her finalist appearance at Indian Wells this past Sunday.

“I’m looking forward to that. I just need to, you know, keep working on my game and trying to do my best every match.

“But, yeah, Jelena had such a great week in the past, so she’s playing with a lot of confidence. She’s always a dangerous player, so I just need to focus on myself and try to play my best.”

Azarenka leads in the head-to-head record against Jankovic 6-4.