You are here: Home / Features / Djokovic and Murray to Meet in Miami Open Final 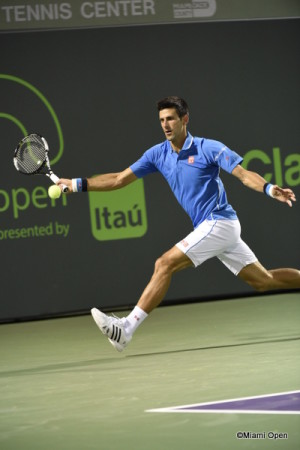 (April 3, 2015)Sunday’s Miami Open men’s final will feature a battle between a pair who have won multiple times in Key Biscayne when No. 1 Novak Djokovic takes on Andy Murray.

Djokovic, who will be going for his fifth Miami crown, moved past hard-serving John Isner in Friday night’s semifinal 7-6(3), 6-2. Murray, who will be attempting to capture his third Miami Open title, defeated Tomas Berdych 6-4, 6-4.

“I didn’t quite have my legs underneath me like I did yesterday maybe for whatever reason,” Isner said. Conditions, it was a little bit more humid out there tonight. I didn’t have quite as much pop on the ball as maybe I had earlier in the tournament. I needed a lot of pop in order to make a match like that closer. I just didn’t quite have it tonight.”

“I created a lot of opportunities for myself in the first set, even though there was only one break point and it was actually a set point,” Djokovic said.

“I thought I made him work for his serves games a lot from the beginning. I thought that that has influenced a little bit his physicality. I think towards the end of the first and beginning of the second set he already felt a business exhausted, and I wanted to use the opportunity and the early break in the second to open the door for me.

“That’s when I felt like I could start swinging through, and played a great second set.”

Despite the loss, Isner had a good fortnight in Miami, beating three top 11 players in succession – Grigor Dimitrov, Milos Raonic and Kei Nishikori en route to the semifinals

“Novak is the best in the world,” Isner said. “He’s so good. It was a good two weeks for me. I’m playing better. I have to build on this, and I will.”

‘He’s No. 1 in the world for a reason. I had to play pretty close to my best to beat him, and I don’t think I did that tonight.” 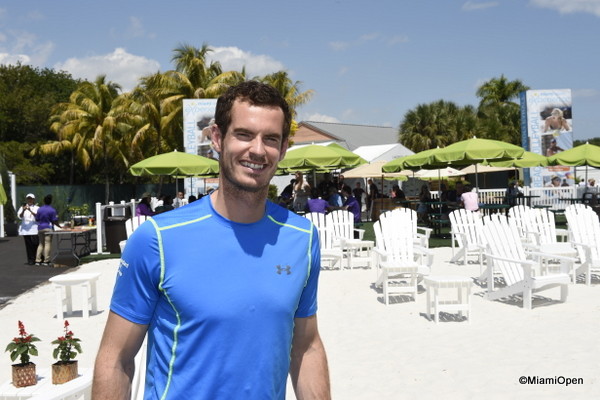 This will be the Scot’s 13th Masters Series final and fourth Miami final.

“I felt like I served well,” said Murray. “It was tricky from one end of the court. We’re basically serving right into the sun at that time of day, so I had to take a little bit off the serve. On the second serve it was very tough to see.

“But I thought when I was behind in games, like the last game, for example, I came up with some big serves and was able to dictate a lot of the rallies from the baseline as well. I was moving him around a lot. That was good.”

Murray’s win has evened up his record against the Czech 6-6.

“Andy changed the game plan a bit,” Berdych said. “He starts to play much more aggressive in those last two matches that he played to me. I think that he’s been doing that pretty well. I think that’s the only reason.

“So, you know, I’m just going to need some time to put myself ‑‑ prepare better for the next time I’m going to play him.

Now I know what to expect and just be more ready for it.”

“Well, I thought I obviously started both sets well,” Murray said of the early breaks in each set. “Yeah, that was really the difference, to be honest. We played some good points. I thought throughout the match I thought it was a pretty clean match.

Yeah, I felt like I just played a bit better than him. That was the difference.”

Murray on playing Djokovic in the final: Novak obviously started the year extremely well obviously winning Australia, and then also last week, too. He’s come through a couple of tough ones so far in this event.”

As for Djokovic on playing Murray: “The fact that I won I think last six, seven matches that we played against each other, especially the one just recently in Indian Wells, gives me confidence and maybe a slight mental advantage.

“But we’re talking about small margins. That’s always the case when we play against each other. Very few points, details can decide a winner. We have very similar games. We already played twice this year, and of course in a big match in Australian Open final which was very, very physical, very close.

“I expect a battle, long rallies, and I know what is expecting me on the court. I know his game pretty well, as well as he knows mine.”