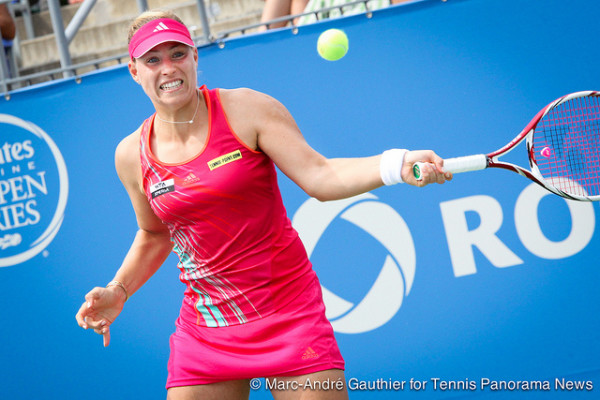 For the German Kerber, this was her fourth career WTA title, her first since capturing Linz in 2013.

“It’s unbelievable,” Kerber said. “To win here after the really difficult weeks I had, I’m feeling great. Last year I had four finals and I didn’t win any of them, so it’s great that I actually won this one today. It’s just been a great week for me here. Everybody is so nice, and I’m really happy about my game.”

“Coming off tough losses at Indian Wells and Miami, I’m happy I kept a great attitude this week, and I was just fighting as hard as I could today,” said the 20-year-old American Keys. “I could have gone either way after the first set, but I dug deep and still put myself in a position to win. But she just wasn’t making any mistakes at the end.”

The win for Kerber was a bit of revenge – last June Keys defeated Kerber in three-sets in the final of Eastbourne for her first WTA title.