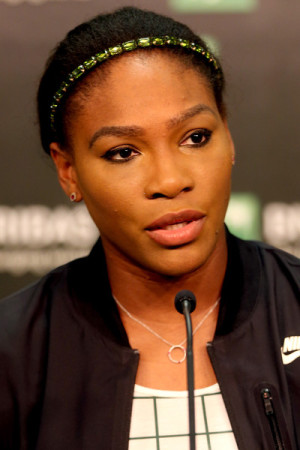 (April 18, 2015) After day one, the United States and Italy are ties at 1-1 in the Fed Cup World Group Playoff being played at Circolo Tennis Brindisi in Brindisi, Italy.

“The first set was tough,” said Williams. “I needed to stay calm and make more shots, especially the deeper ones. I think I was hitting them short. So once I started hitting deeper, things worked out.”

“Camila played really well and had a great game plan. That is the player she is. She goes for it a lot. I love to watch her play because she is so feisty on the court. I love her game how she hits so hard.  I know her game really well, so it was not a surprise.”

Sara Errani leveled the tie in the next match, demolishing Lauren Davis, making her singles debut for the United States 6-1, 6-2 in 70 minutes.

“It was a good experience for me,” Davis said.  “I thought I handled myself well.  Sara played very well and was solid and consistent. Given the situation, I think I did okay.”

“Lauren competed really well,” said US Fed Cup captain Mary Joe Fernandez. “It is a tough match-up on clay.  Sara has so much experience and defends so well and is also very aggressive.  I thought there were a few games where Lauren had opportunities where it was deuce or break point.  Against a player of that caliber, you have to win those games and then maybe you have a chance.  Sara played really well under pressure and those points very well.”

The winner of the tie this weekend will return to World Group 1 and can compete for the Fed Cup next year while the loser will fall back into World Group II.