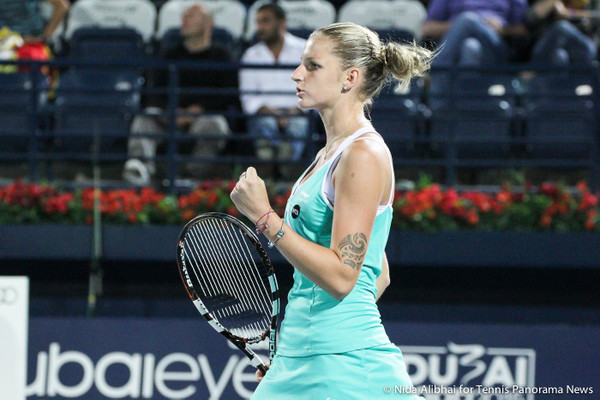 (May 2, 2015) In an all-Czech final, top seed Karolina Pliskova came back from a set down to her fourth WTA title by taking down qualifier Lucie Hradecka 4-6, 7-5, 6-3 at the Prague Open on Saturday.

Pliskova survived 17 aces from her opponent for the victory, but hit 8 of her own.

Pliskova had three match point chances at 5-2 in the third set, but did serve out the win.

“It was all about a few points,” Pliskova said afterwards. “I’m really happy I managed to win it.”

“It was very tough to play a Czech girl in the final in front of a Czech crowd,” Pliskova said “Lucie and I are good friends, we practice a lot together at tournaments, and we played Fed Cup together twice, so we know each other pretty well. I didn’t want to beat her, but I had to!”