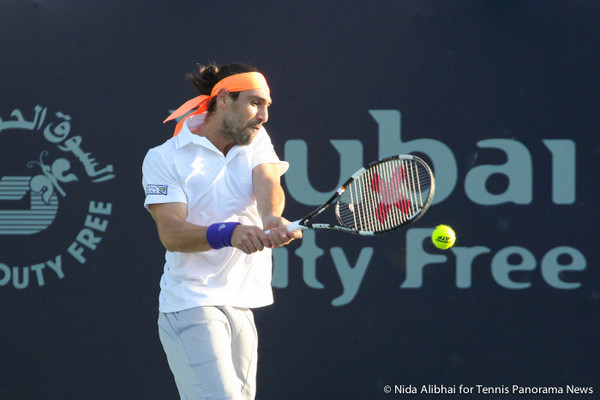 Baghdatis said after beating 2013 French Open finalist Ferrer: “The best thing is that I’m feeling good on court. It was his first match on grass and at the beginning he didn’t have much rhythm. I think I played it smart not to give him any rhythm. I’m very happy about my win today but I have to keep my feet on the ground. There’s still a long way to go. But I feel good here, there are a lot of good vibrations, good vibes, positive energy.”

Ferrer admits that he was second-best on his return to the grass surface. He said: “Marcos was better than me. He played more hours on court and had more confidence in his game. For me, the first set was difficult because it was the first set back on grass. I didn’t have too many days of practice on this surface. I hope next year I’ll have more days here. It’s important to play more matches. Now I have to focus before Wimbledon. I will have four or five days of practice and I hope to play better.”

Third seed and two-time winner of the Aegon International at Eastbourne Feliciano Lopez also reached the third round beating junior World No. 1 Taylor Harry Fritz 6-3 6-3. He will be joined by second seed Gilles Simon who came through a three hour epic to defeat Spaniard Marcel Granollers, 6-4, 7-6(3), 6-7(0).

Meanwhile, world No. 16 Lopez knows that he faces a tough task to get past Lu and reach the last eight.Lopez said: “He’s a great player who can do very well on grass. He’s dangerous. I’ll try to play my game, be aggressive and hold serve. This is the way I have to play.”“Grass court season is good for me. It has been good for the last 10 years. It’s the surface where I play my best tennis, so I take advantage of that. My game is good for the grass, so hopefully I can have a great run here and also at Wimbledon next week.”

Fritz had already beaten World No. 66 Pablo Carreno Busta earlier in the day in what was his ATP World Tour main draw debut. “He was not shy at all,” Lopez said. “The fact that he won his first match this morning gave him a lot of confidence and he went in with nothing to lose – he’s 700th in the world, I’m 16th – so it’s a great match for him to play. I think he has a great future.”

First on Centre Court was British No. 4 Ward, who resumed his rain-interrupted first round match up by one set against American Tim Smyczek but lost 1-6, 7-6(3), 6-1, before sixteenth-seed Czech Jiri Vesely defeated Smyczek 6-1, 6-3 in less than an hour in the second round.

On the outside courts, 18-year-old former junior world No. 1 Alexander Zverev came from a set down to beat Brazil’s Thomaz Bellucci 6-7(7), 6-3, 6-4 and set up a third round meeting with Baghdatis. Ukrainian Alexandr Dolgopolov, who toppled Rafael Nadal at The Queen’s Club last week, overcame 11th seed Spaniard Pablo Andujar in 2 hours 20 minutes 7-6(5), 6-7(5), 6-4, while world No. 23 Uruguayan Pablo Cuevas got past Dudi Sela of Israel in straight sets, 7-5, 6-4. Cuevas will next face big-serving American Sam Querrey, who took down Santiago Giraldo of Colombia 7-6(4), 6-4.