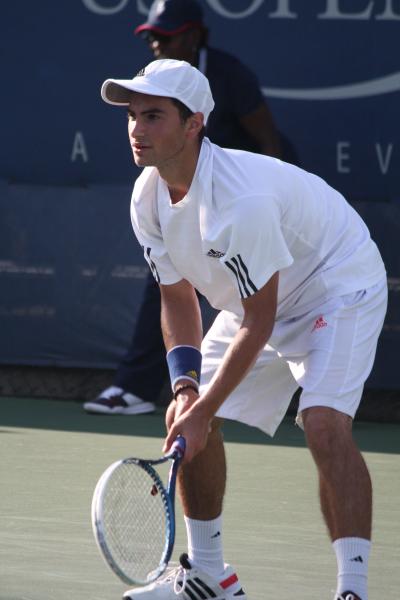 (July 2, 2015) New York, NY – The John McEnroe Tennis Academy announced that longtime student, 19 year-old N.Y. resident Noah Rubin, has elected to forego his final three years of NCAA eligibility and has turned pro. Rubin officially began his professional debut last week by making the finals of the ITF pro circuit tournament in Tulsa, Oklahoma. Noah, who has trained at Sportime and the John McEnroe Tennis Academy since he was seven, will continue to train at JMTA when he is not on the road competing.

“The past year has been full of amazing experiences for me both as a player and as a young adult. The decision to turn pro at this time is definitely the right one for me,” said Rubin. “With the support of my family, of Wake Forest coaches, Tony Bresky and Jeremy Feldman, and with support and guidance from John McEnroe, along with my primary coach Lawrence Kleger, and the rest of the JMTA team, I am excited about the next stage of my tennis career.”

“We are very proud of all that Noah has accomplished and we will continue to support him as he embarks on his pro career,” said John McEnroe. “He has worked extremely hard, including taking a year to attend Wake Forest, where he excelled both on and off the court. I am confident that Noah will do everything he can to continue to put himself in the best possible position to succeed.”

Rubin has had one of the best years of any rising American player in 2014-15, winning the Wimbledon Boys Junior title, and the USTA Boys Championship at Kalamazoo, Michigan, in singles and doubles, which earned him an automatic entry into the main draw of the 2014 US Open men’s singles championships. He was the 2015 ACC Freshman of the Year at Wake Forest University, leading the Demon Deacons into the NCAA Team Championships, and he made the finals of the 2015 NCAA Men’s Singles Championship.

Rubin was also selected by the USTA to participate in the tennis portion of an annual Easter event at the White House in April, where he had the honor of rallying with President Barack Obama.