You are here: Home / Features / Novak Djokovic Versus Roger Federer: Tale of the Tape 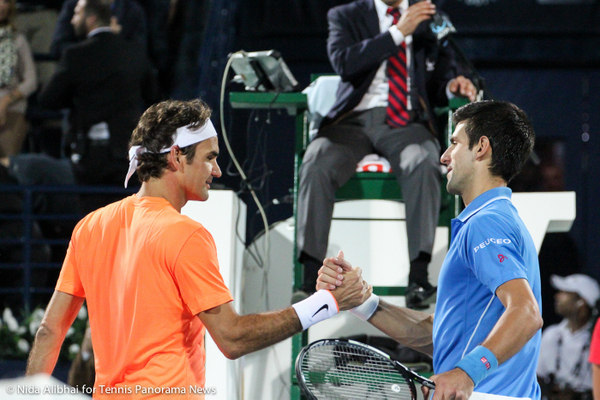 (July 10, 2015) Here is a look at the head-to-head record between 2015 Wimbledon finalists world No 1 Novak Djokovic and No. 2 Roger Federer who will play the final on Sunday:

This is the 40th meeting between Djokovic and Federer. This is the 2nd-most matches played in a head-to-head at Tour-level in the Open Era:

This is Djokovic and Federer’s 13th Grand Slam encounter which equals the record for most meetings at the majors:

This is the 3rd Grand Slam final meeting between Djokovic and Federer, and the 2nd consecutive Wimbledon final. They have split their previous meetings at this stage of a major. Federer won in straight sets at the 2007 US Open, and Djokovic won in 5 sets here last year. This is also just their 3rd grass court meeting. Federer won their first grass court match in the semifinals at 2012 Wimbledon.

Road to the final

Most Wimbledon men’s singles titles in the Open Era

Most titles at the same Grand Slam tournament

** Challenge round played through 1911 at US Championships

Federer has also reached his 26th Grand Slam final and extended the all-time record that he took sole ownership of at 2009 Wimbledon.