You are here: Home / Features / Novak Djokovic Headlines the Men’s Field at the 2015 US Open 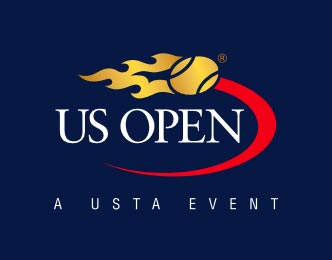 Each of the world’s top 99 men received direct entry into the US Open, representing 40 countries.

The 2015 US Open will be played Monday, August 31, through Sunday, September 13, at the USTA Billie Jean King National Tennis Center in Flushing, N.Y. The US Open Men’s Singles Championship is presented by Mercedes-Benz.

Leading the entry list is Djokovic, the Serbian world No. 1 who has reached the US Open final five times, winning the title in 2011. He won his eighth and ninth major singles titles this year at the Australian Open and Wimbledon.

World No. 2 Federer, of Switzerland, is the all-time leader with 17 major singles titles, and was bidding for his eighth Wimbledon title this month before falling to Djokovic in the final. Federer is competing for his sixth US Open title, which would surpass Pete Sampras and Jimmy Connors for the most US Open men’s singles titles in the Open Era.

Great Britain’s Murray, the world No. 3, won the US Open in 2012 after winning the Olympic gold medal in London. He also won Wimbledon in 2013, where he became the first British man in 77 years to win the championship, and reached the Australian Open final this year, losing to Djokovic.

Stanislas Wawrinka, the Swiss world No. 4 and a 2013 US Open semifinalist, won his first major singles championship at the Australian Open in 2014, joining Juan Martin del Potro (2009 US Open) and Cilic (2014 US Open) as the only men outside the “Big Four” of Djokovic, Nadal, Federer and Murray to win a Grand Slam since the 2005 French Open. Wawrinka also won this year’s French Open title, defeating Djokovic.

Italy’s Marco Cecchinato, ranked No. 99, is the last man to receive direct entry into the field of 128. Five players used a protected ranking to gain entry including No. 25 Mardy Fish, of the United States, No. 25 Tommy Haas, of Germany, No. 34 Florian Mayer, of Germany, No. 39 Janko Tipsarevic, of Serbia, and No. 57 Radek Stepanek, of the Czech Republic. Sixteen more players will gain entry through the US Open Qualifying Tournament, held August 25-28, while the eight remaining spots are wild cards awarded by the USTA.

The July 20 edition of the Emirates ATP Rankings was used to determine the US Open main draw entry list. Seeds will be determined and announced closer to the start of the event.

The 2015 US Open will mark the culmination of the Emirates Airline US Open Series, the North American summer season of seven ATP World Tour and WTA events that begin Monday, July 27.

The US Open is the highest-attended annual sporting event in the world. 2015 marks the first year of an 11-year agreement between the USTA and ESPN, which will see the US Open carried on ESPN through 2025. During the 2015 US Open, ESPN and ESPN2 will combine to air more than 130 hours of live match play with more than 1,100 hours of first-to-last ball coverage to be seen on ESPN3, which will also be hosted on the US Open website – USOpen.org.  In an expansion of its US Open coverage, ESPN will feature play from 11 courts.