You are here: Home / Contributors / “Nobody beats me 5 times,” Lepchenko Upsets Wozniacki at Stanford 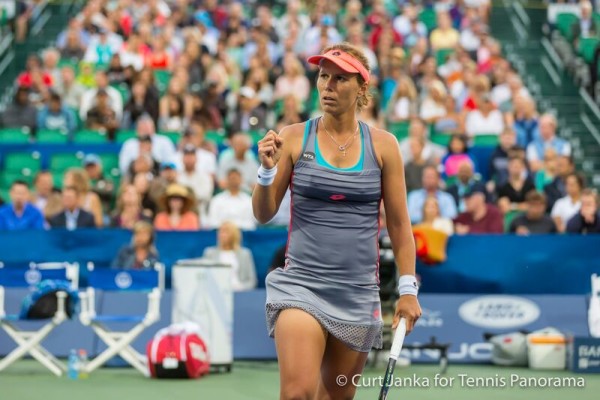 (August 6, 2015) STANFORD, California – Varvara Lepchenko played steady to beat top-seeded Caroline Wozniacki at the Bank of the West Classic 6-4, 6-2 despite a number of brief rain delays. Neither player exhibited much emotion on court, as Wozniacki appeared slowed by a leg taped heavily from the knee down. The win is Lepchenko’s third over a Top 5 player, but only her first over Wozniacki who held a 4-0 record over the qualifier.

“Nobody beats me 5 times,” Lepchenko finally cracked a smile in her on-court interview.

Asked if her leg was her main problem tonight, Wozniacki said “Physically, I wasn’t feeling 100 percent. It wasn’t pretty out there, that’s for sure. At the end of the day she played better. Hats off to her.” The injury did not seem to worry her too much, however, as she explained “Hopefully, a few days and I’ll be okay.”

Lepchenko, who battled illness early in the season, has worked hard to get back in good condition. “The very first day after Wimbledon I started my physical conditioning,” she said. “I worked pretty hard to get myself to this point. I think I’m in better condition now than at the beginning of the season.”

Both players remarked on how quick the court is playing here, but Wozniacki thought that might help her for her next event. “Now, hopefully everything will feel slow in Toronto.” At least she found a silver lining amidst tonight’s scattered showers. 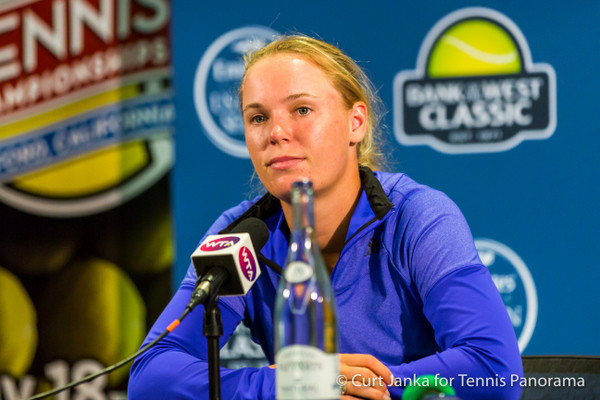 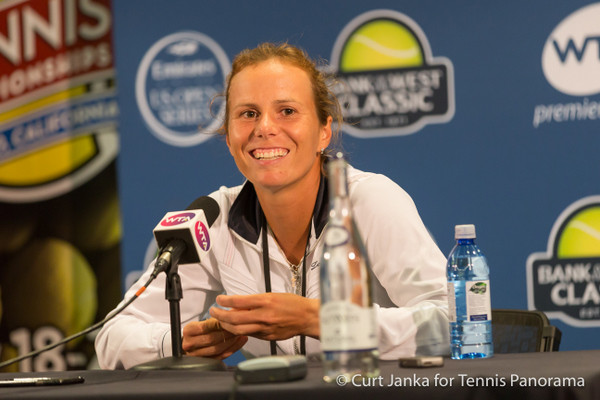 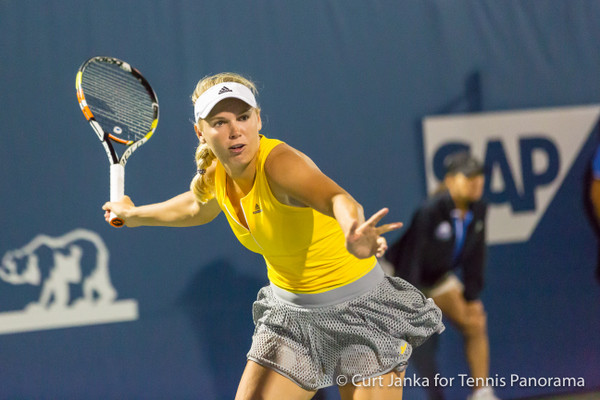 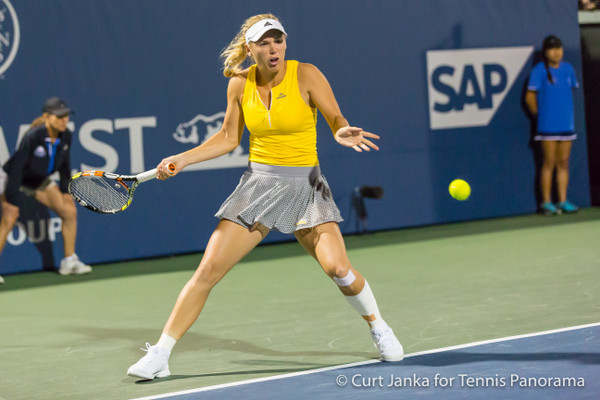 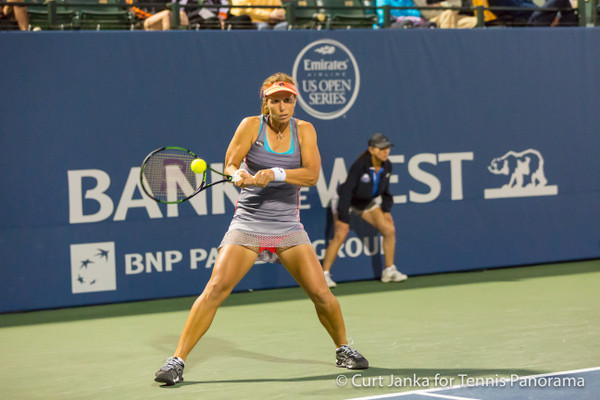 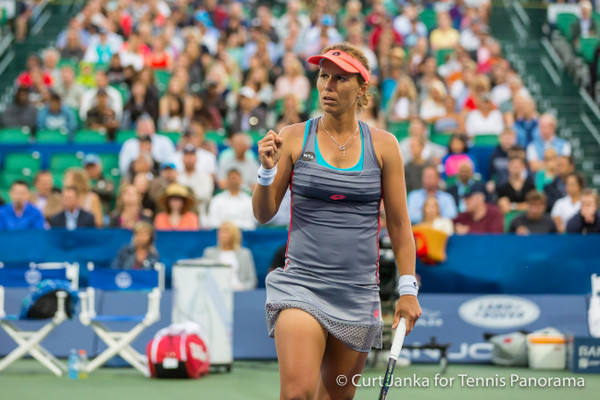 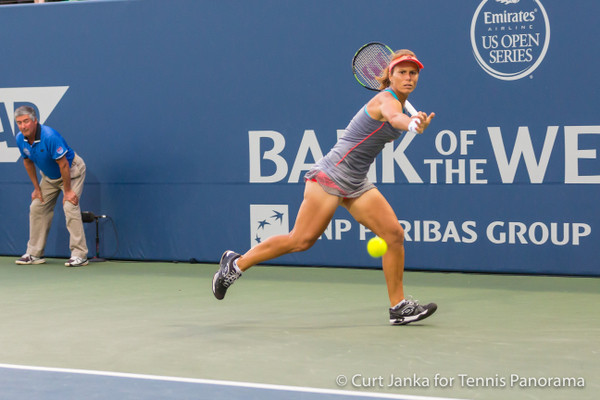 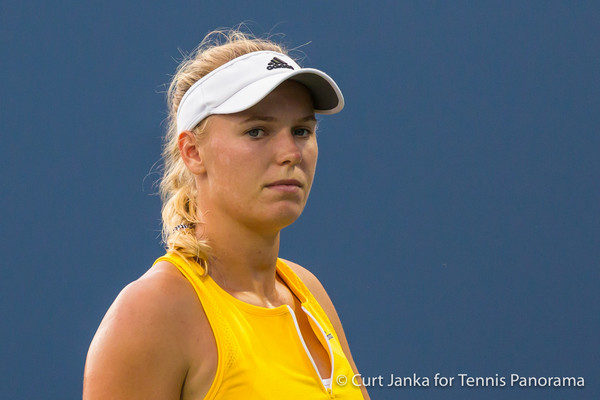 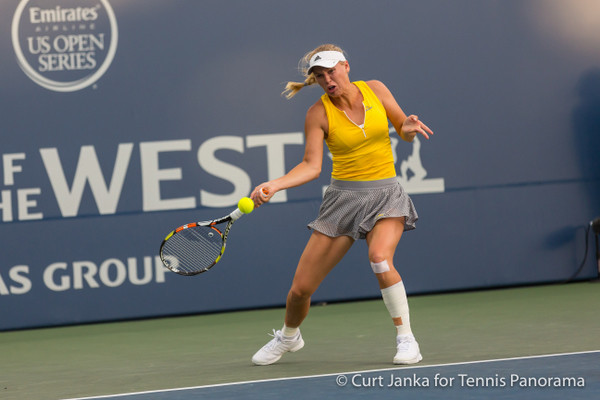