You are here: Home / Features / Svitolina Rallies to Beat Riske at Bank of the West Classic 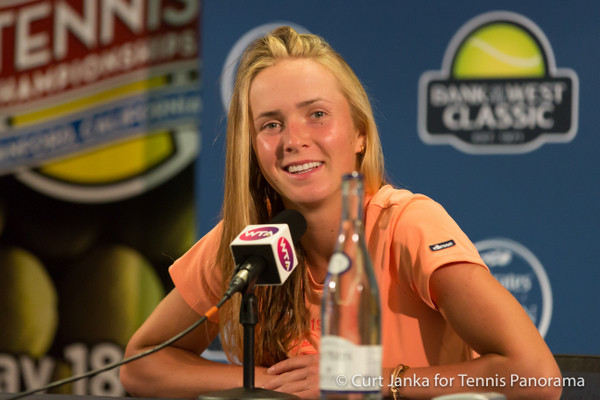 (August 7, 2015) STANFORD, California – Elina Svitolina waited until late in the second set to elevate her play to defeat Alison Riske 4-6, 7-5, 6-1. There were many breaks of serve and the two were quite even up until Riske was serving for the match at 5-4 in the second set. That’s when Svitolina seemed to find a new gear and went on to win 9 of the final 10 games.

“I was trying to push myself to stick to the baseline,” Svitolina explained. “It didn’t work against her so for me it was important to try to react fast and try to open the angles. Just pushing the ball you can’t win at this level. That’s why when I was 4-5 down, I said to myself ‘Come on and just hit the ball, wait for your chance and open the court.’ And that’s what brought me success today.”

The top players won’t often let an opponent back in a match like she experienced today. So what can she work on to get better? Svitolina offered, “I need to practice more on my serve. I need to find the confidence. Sometimes it can be really good and dangerous for my opponent. I need to work more on my serve to have it for every match, not just a few games.”

With the win, Svitolina advances to the semifinals of The Bank of the West Classic. She awaits the winner of the quarterfinal between Angelique Kerber and Agnieszka Radwanska. Svitolina said she will watch some of the encounter. “I’m sure it will be a good match because they are both trying very hard for each ball. They are really tough opponents and I think it will be a really interesting match.” 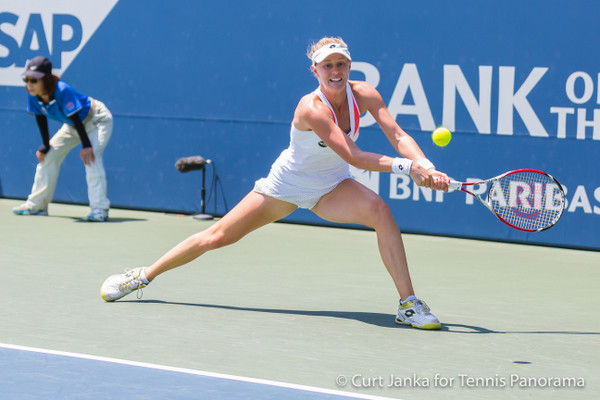 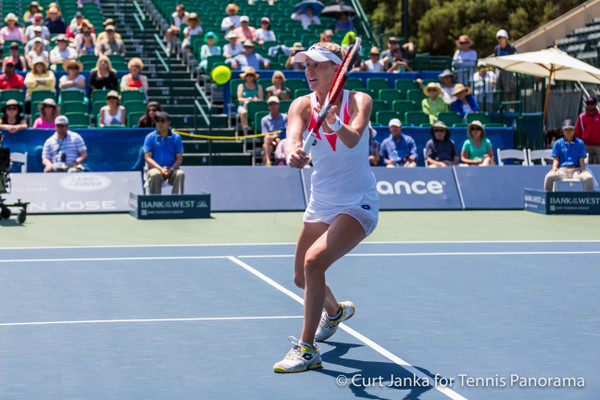 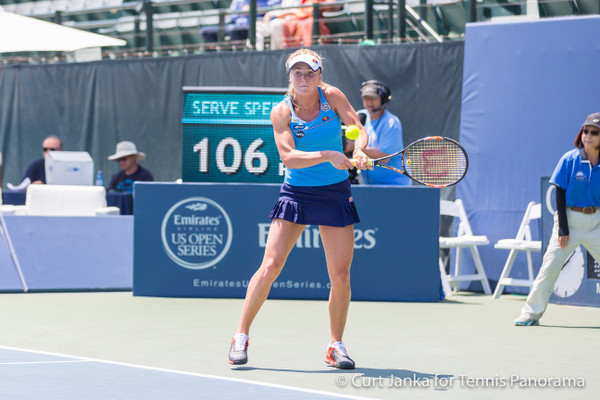 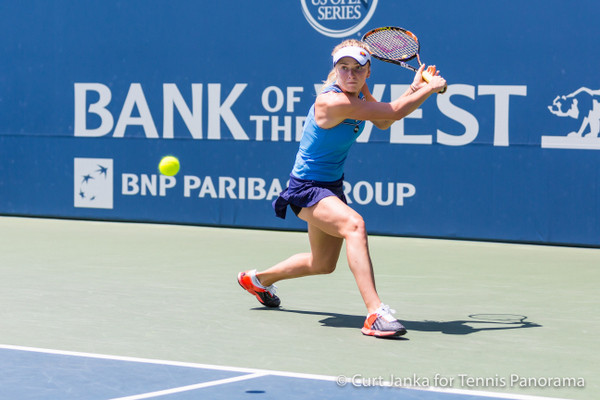 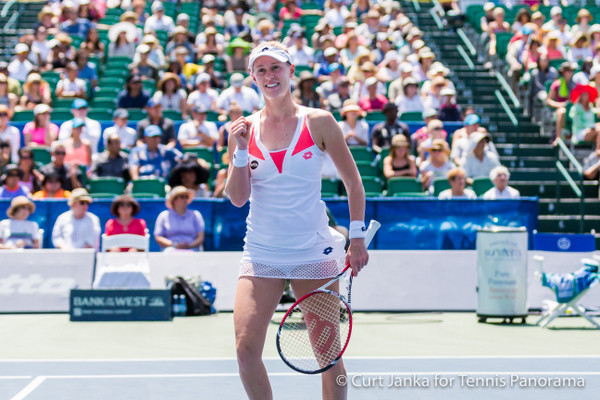 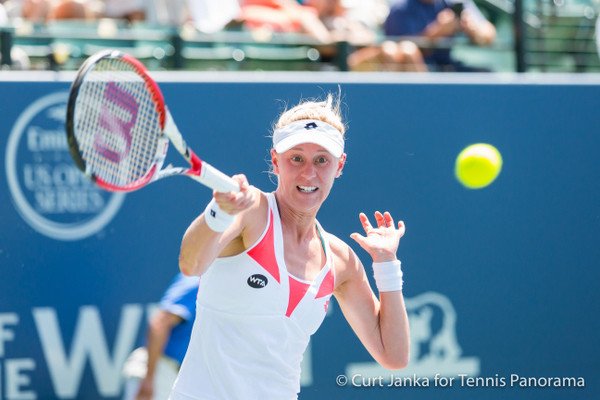 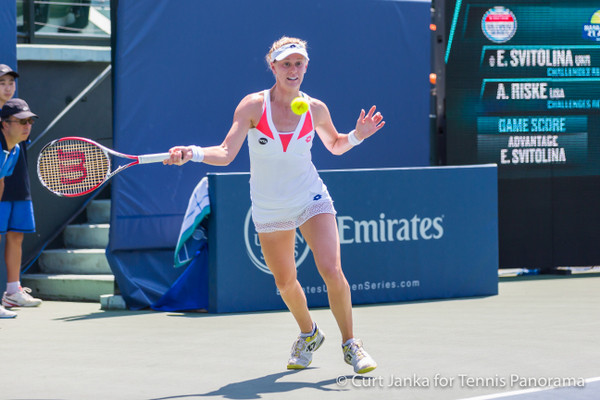 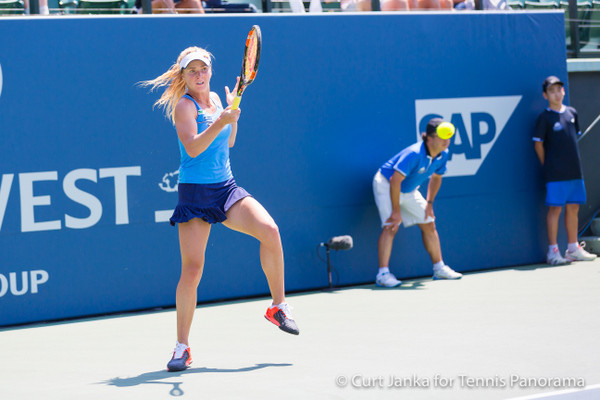 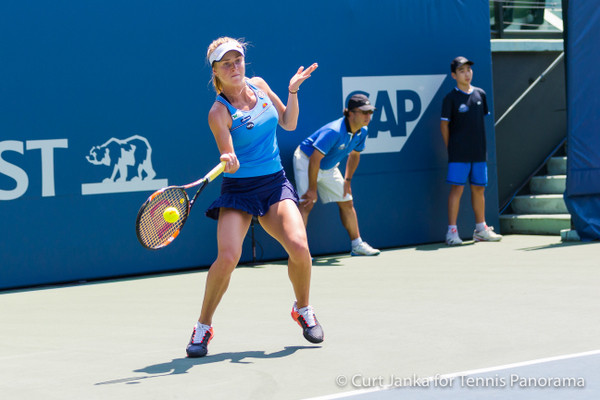 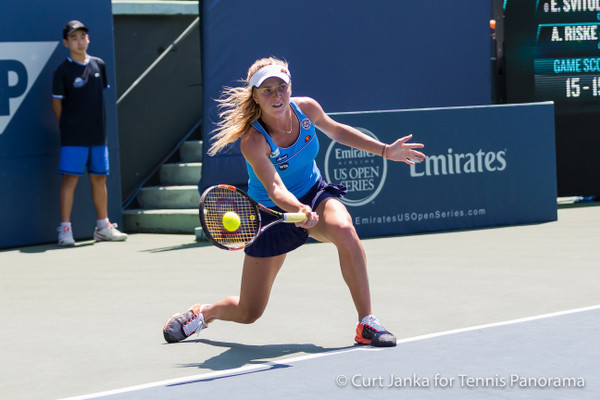 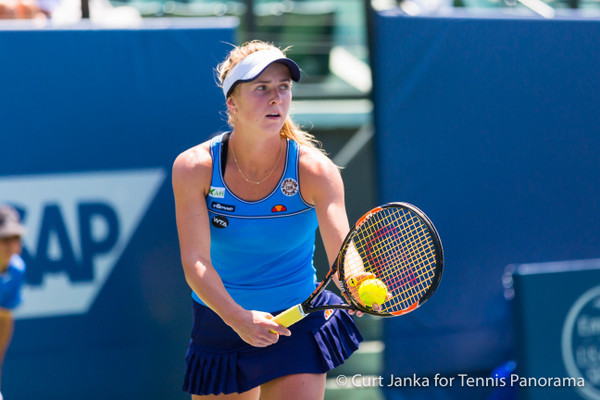 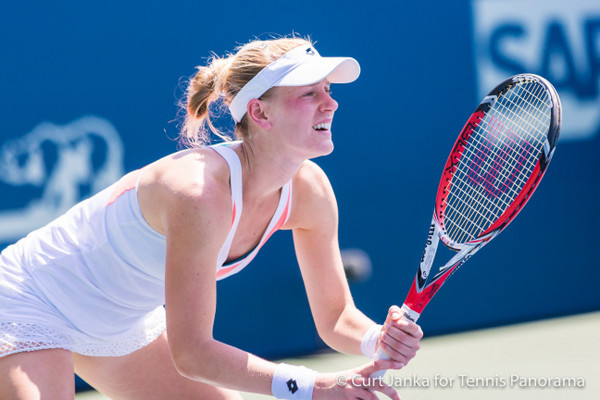 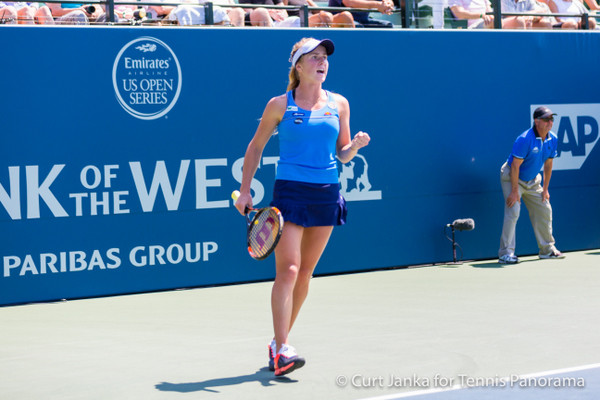 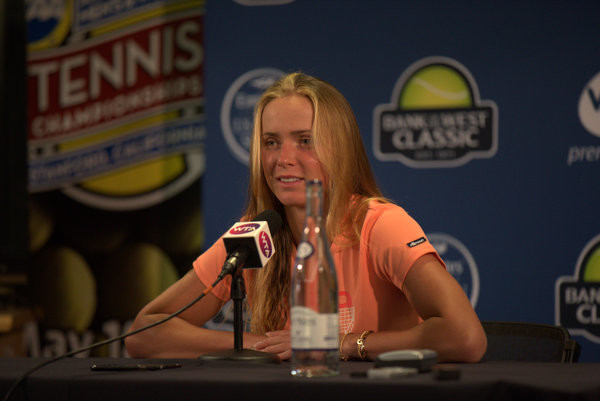 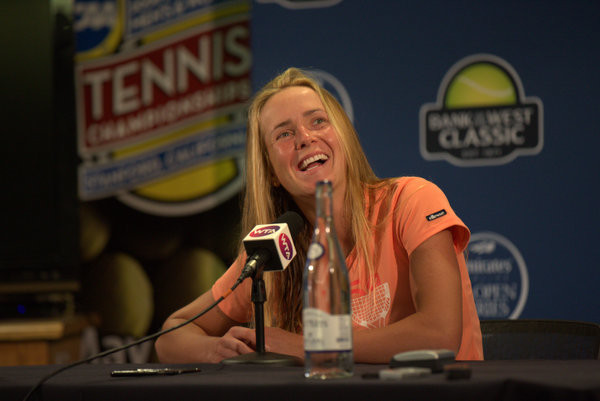 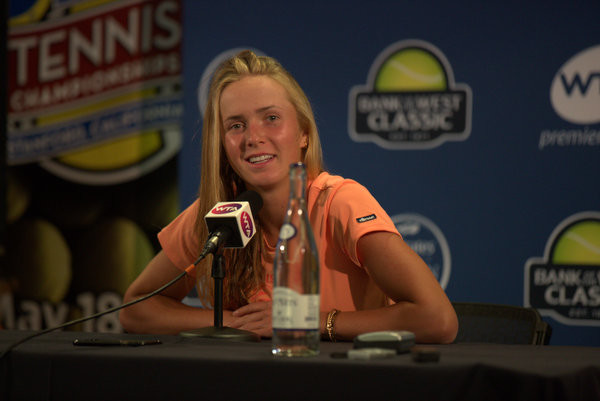