You are here: Home / Contributors / Pliskova Powers Past Lepchenko at Bank of the West Classic 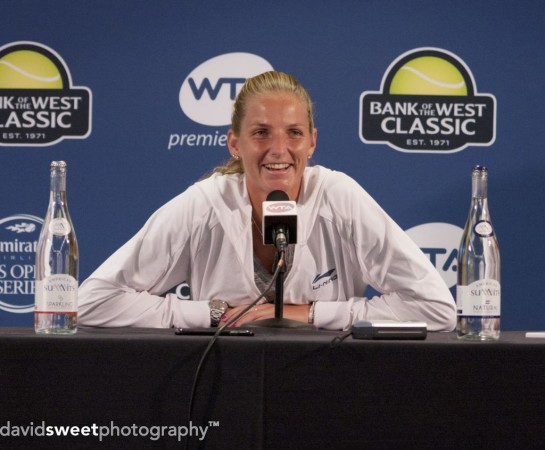 (August 8, 2015) STANFORD, California – Karolina Pliskova swung freely into her fifth final of the year, beating Varvara Lepchenko 6-2, 7-5. Most of the match boiled down to serves and return of serves. Pliskova continued her week of good serving with 72% of her first serves landing in while Lepchenko only managed 57%. Pliskova returned better as well, landing 72% of her returns in compared to the 56% Lepchenko struggled to get back in play.

Asked about what she did well today, Pliskova said “I think I served a little bit better. I don’t mean with the aces, but with the percentage of the first serve. She was really struggling with the return.”

The win puts Pliskova in her fifth final of the year, the most of any player on tour. Bigger still, she will advance to the Top 10 in the rankings for the first time on Monday. What does she think about being there? “I don’t really feel like I’m in the top 10,” she laughed. Mathematically, she was going to be there regardless of how she did at this event. She continued, “I know I belong there now, especially when I make the finals. I’m really happy to be in the Top 10, but I’m not going to think about it because it’s not my last goal. It was for a few years, but I don’t want to be satisfied with that. I want to be ready for the US Open and get a good result there.” She is also in the running to qualify for the year-end event in Singapore and hopes to be there. 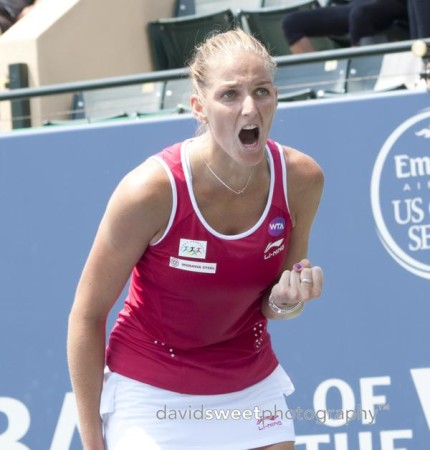 Pliskova awaits the winner of the semifinal between Angelique Kerber and Elina Svitolina. Pliskova has won both of her previous encounters with Svitolina, but trails Kerber 2-3 head-to-head. Regardless of her opponent and the result, she has had a good week and will carry confidence to the US Open. “I’m feeling great now after I won three matches here and didn’t lose a set yet. Couldn’t be a better start to the hard court season.”

Curt Janka and David Sweet are covering the Bank of the West Classic. Follow their updates on twitter at @TennisNewsTPN