You are here: Home / Contributors / Kerber Straight A’s in Finals, Wins Bank of the West Classic 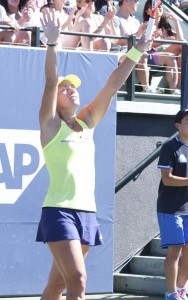 (August 9, 2015) STANFORD, California – There are no easy finals in Stanford and this one was no exception. Angelique Kerber was pushed hard to beat Karolina Pliskova 6-3, 5-7, 6-4. Kerber is now a perfect 4-0 in championship matches this year.

There were patches of both sloppy and brilliant play from the players. The first set went back and forth as Kerber won the opening two games, dropped the next three, then closed the set on a 4 game streak. In the hot, breezy conditions, Pliskova struggled to keep her attacking shots inside the court. She got her first break in a game where she mostly hit her returns deep and at Kerber’s feet. But Kerber adjusted and forced Pliskova to go for more corners instead.

Pliskova, whose biggest weapon all week had been her serve, struggled to hold.

“It was definitely off, my serve,” she said. “I didn’t feel it at all. Not the first serve, not even the second serve. That’s probably for me the worst thing. It wasn’t working. I think that’s why I lost today.”

Holding was difficult for both players as the second set featured nine breaks of serve and only three holds. Kerber started to mix a few more drop shots into her shots and while Pliskova was able to get to them, she may have hurt her ankle to do so. She called for the trainer just before serving at 6-5 to have her ankle wrapped.

Asked about the injury she said, “Yes, I did some bad step with the right ankle. And then it was getting a little bit worse because I was running quite a lot today. It was much better after [it was wrapped].”

Pliskova gave credit to Kerber’s defensive abilities. “It was maybe harder than in the last matches for me because you always have to play one more ball than with the normal girls. So that’s why I made maybe more mistakes and that’s why also I was pushing the serve a little bit too much.”

Kerber has worked hard on her fitness, but she believes her commitment to being more aggressive is paying off. “I’m happy that I was going for it and not just pushing the ball back and hoping for the mistakes. I think that was the key in the end for me.

Kerber may be undefeated in finals this year, but that was not the case in 2014. When asked what’s different this year she smiled and said, “It’s coming back. Last year I was like 0-4 and now it’s 4-0. I think right now I have a lot of experience from last year, from all my finals. I’m just trying to go out there and enjoy the final. Every time I reach the final I know, okay I’ve had a great week already, just go out there, try your best and just take it.”

Curt Janka and David Sweet  were covering the Bank of the West Classic. 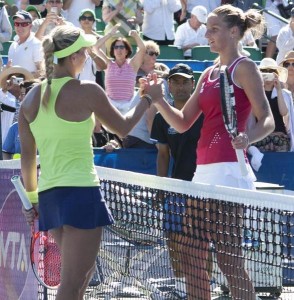 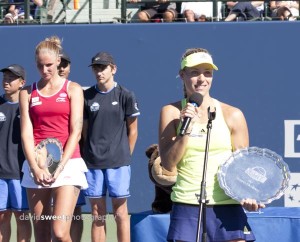 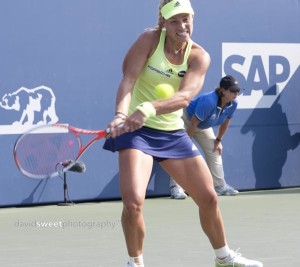 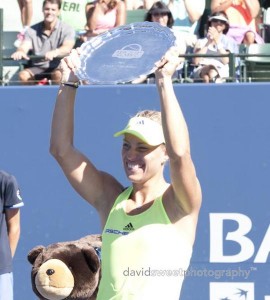 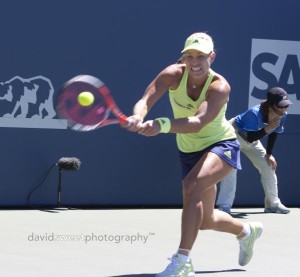 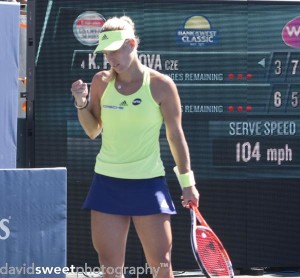 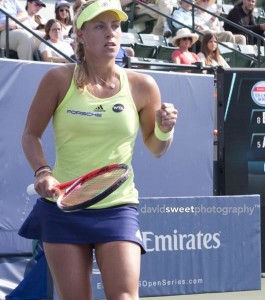 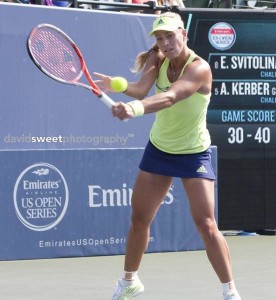 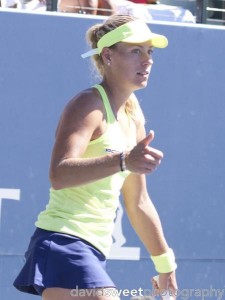 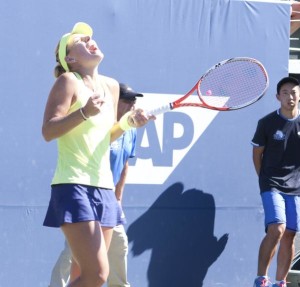 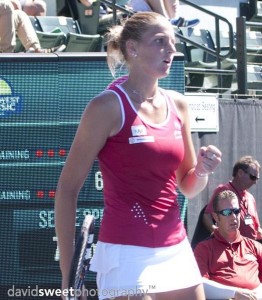 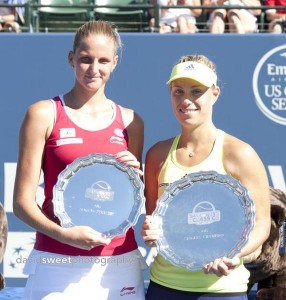