You are here: Home / Contributors / WTA All-Access at 2015 Rogers Cup 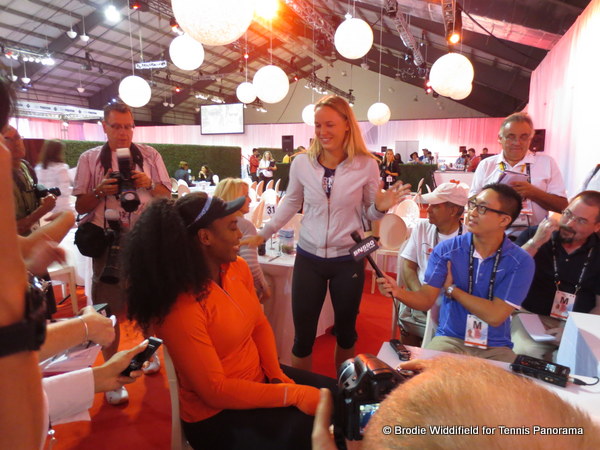 (August 10, 2015) TORONTO, Canada – The beginning of August always represents one of the most exciting times of the year for Canadian tennis fans with the Rogers Cup tournament getting underway. For players on the WTA, it represents the beginning of the North American hard court swing, and the end of a short but enjoyable post-Wimbledon holiday.

It’s definitely my favourite time of the season,” said Caroline Wozniacki. The Dane has dealt with a back injury this season and stressed the importance of fitness for this difficult yet important part of the season. “The most important thing is to stay healthy.” 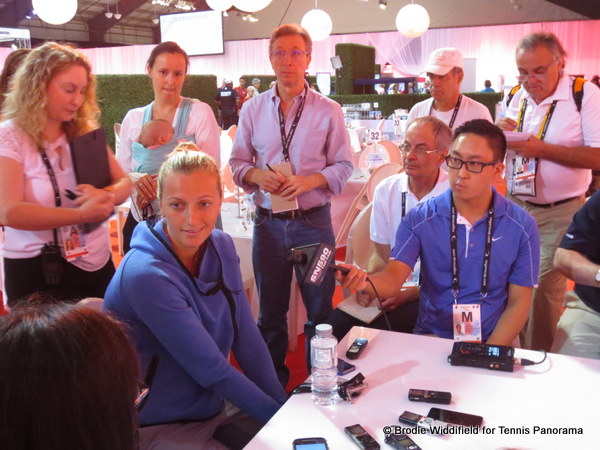 Petra Kvitova has been less lucky with her health, unfortunately. “I spent a few days off in Monaco as a vacation. I was trying to practice a little bit, but unfortunately I was diagnosed with mono.” The Czech emphasized that she was working with her team to properly schedule her practicing in order to conserve energy. “I probably got it during the spring time and I still have a little bit of it. I’m still going to play, but I need to worrying about the practicing, and I’ll try to be ready for the matches.” 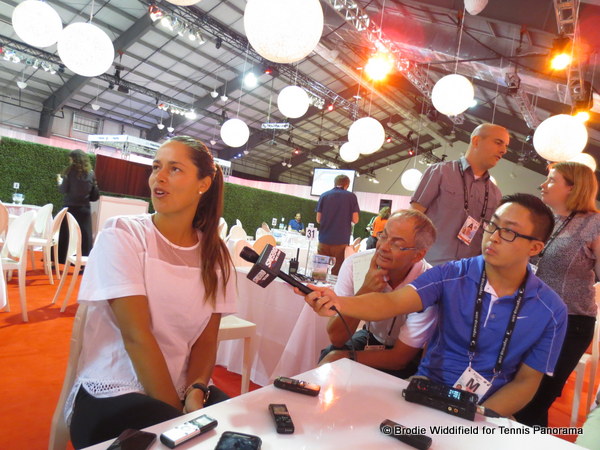 Ana Ivanovic also took some time off, and emphasized switching to hard courts would not be a challenge. “It’s not such a difficult change. A lot of players take time off, which was the case with me. The hardest transition is clay to grass, so I look forward to playing on the hard courts here in the United States and Canada.” 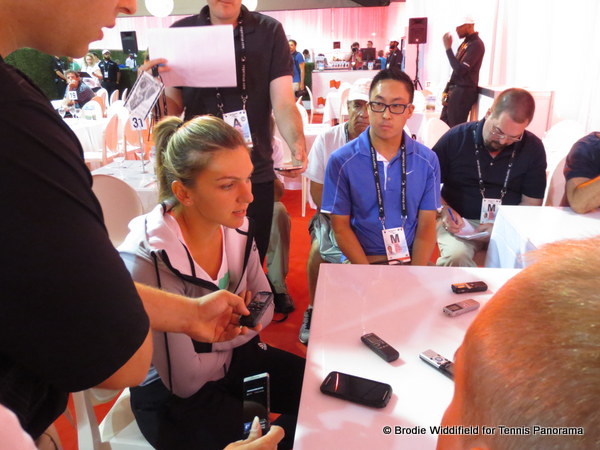 Romanian Simona Halep was one of the stand out players of 2014, but has found success more difficult to come by in 2015. She seemed excited to get her hard court season under way in Toronto after deciding late to enter the tournament on a wild card. “I need some matches.” However, she enjoyed her time off after Wimbledon and is looking forward to getting back on court. “It was really good. I stayed calm, all four weeks, with my family, with my friends. Now I feel good, I feel confident, and I hope to have good matches here.” “I was a little bit tired after Indian Wells and Miami.”

The other hot topic on the lips of reporters and players was the continued success of the world’s best player, Serena Williams. With the season’s first three grand slams in her pocket, she will look to complete what was originally known as “The Grand Slam” – winning all four majors in a calendar year.

Not even Serena Williams herself could say it would be business as usual in New York. “It definitely feels different. Winning the Serena Slam this year took some pressure off.” Even at age 33, the world number 1 has no intentions of slowing down as she enjoys one of the best years of her career. “I feel like every year that goes by I start to love the game more than I did the previous year.”

Other players were genuinely happy for the success of Williams this year. Ana Ivanovic even said she would like to see her win the US Open. “I really hope she can do it. She’s been working really hard, she’s been on top of the game so long so I think she deserves it. We’re so lucky to have someone like her in our sport, and I don’t think she gets enough credit for what she has achieved.”

Simona Halep shared her views. “For me she is the best player in the world. She has a lot of power, and also mental power. I think she can do all four, and win the US Open this year.” But when asked if it was frustrating to constantly have such a dominant player, the Romanian only laughed. “For me it is not. It’s really nice to have a player [like her]. She’s very competitive and she loves to be number one.”

Finally, Garbine Muguruza was perhaps one of the most engaging interviews on the afternoon. Now in the top 8, the Spaniard invites all the attention that comes along with reaching a grand slam final at just 21. “Obviously things are changing, media, people are looking more at what I’m doing, but I’m enjoying it. You have to be ready, you have to be more mature. The good moments go so quickly, and the bad ones are so slow.” She mentioned that she learned a lot from the Wimbledon final, but laughed when asked if she had watched any of the match again. “I just watched the two minute highlights. No more than that.”