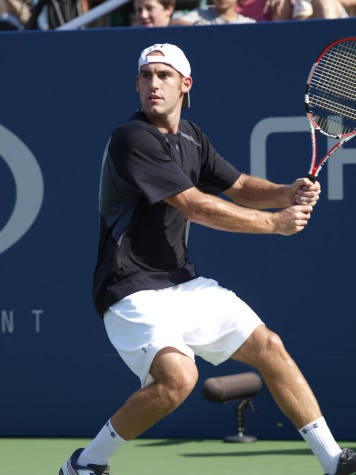 (August 27, 2015) McLean, Va. – American Robby Ginepri announced his retirement from tennis on Thursday after 14 years on the ATP World Tour.

Ginepri won three titles on the ATP World Tour and reached a career-high singles ranking of 15 in the world. In 2005, Ginepri recorded a personal high in match wins (37) and had a run to the semifinals of the US Open where he won three consecutive five set matches before going the distance and losing to Andre Agassi. During his career, the Kennesaw, Ga. resident reached the fourth round or better at all four majors and represented the U.S. in Davis Cup (2004 and 2009) and in the Olympics (2008).

“Although every athlete knows this day will eventually come, it doesn’t make the decision to retire any easier,” said the 32-year-old Ginepri. “To play tennis as a profession and compete on the biggest stages around the world is a privilege, and I will forever be grateful to have had the opportunity.”

Ginepri will continue to stay involved with the game through the Ginepri Performance Tennis Academy, located at the Olde Towne Athletic Club in Marietta, Ga.