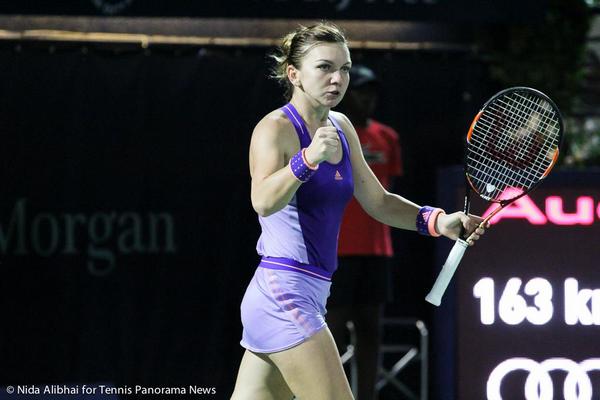 (September 9, 2015) World No. 2 Simona Halep defeated No. 20 Victoria Azarenka, while No. 26 Flavia Pennetta rallied to defeat No. 5 Petra Kvitova on Wednesday to reach the US Open semifinals, where they will face each other on Thursday night.

Halep had 40 winners to 19 unforced errors, while Azarenka had 38 winners to 42 unforced errors. Halep was 6 for 19 on break point chances while the two-time Australian Open champion Azarenka was a perfect 5 for 5. This will be Halep’s first US Open semifinal.

“I think I played well,” said Azarenka. “I believe I could have played better. I did really fight really hard, and I was trying to find solutions. She played really well today. I was a little bit surprised by the pace of her ball, to be honest.

“I think that, you know, a couple of free points that I gave away today cost me the match a little bit.”

“I’m happy that I won this match,” Halep said. “It was an amazing match. She played fantastic. But in the first set I played my best tennis, and I knew that I have, you know, I have the game to win the match. But I know also that she’s very strong and she doesn’t give up during the matches.

“So after first set I did a step behind the baseline and wasn’t good. She was dominating me in the second set, and I was running well but no power to hit from very far from the court.

“And then I came back a little bit, 3-2, and I had a chance to do 3-All. But I lost my serve. So then everything was negative in my head. The rain delay was perfect for me.She said with a smile. “It was unbelievable that I had another chance.

“So I said in the gym with my coach, I spoke and I said that I have another chance. So I have to go just to do everything I did in first set and to get this one, because it’s made for me.” 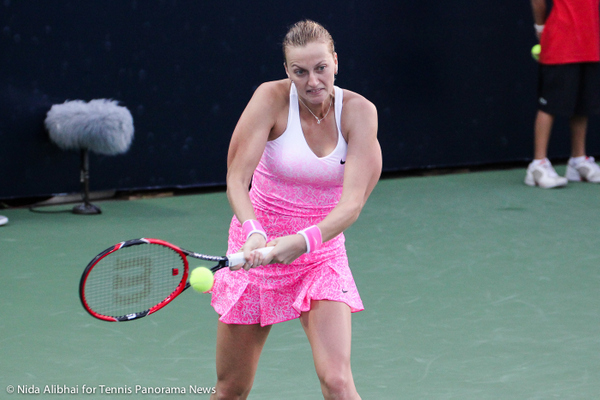 “Just from the beginning of the match I didn’t really feel 100 percent ready today,” Kvitova said of her match against the Italian. “It wasn’t really easy situation. I’m just very — I’m kind of proud of myself how I played here, anyway. Kvitova had been suffering from mononucleosis earlier in the year.

“I think we both play very well,” Pennetta said. “It was a good fight. In the end I play a little bit better.” 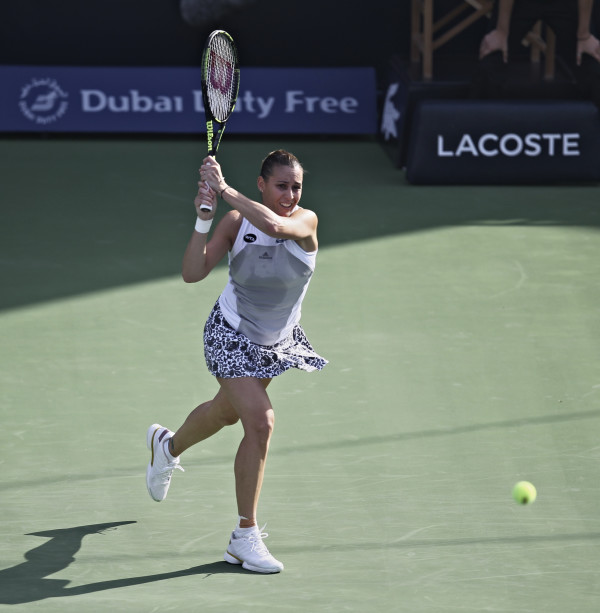 With Pennetta reaching the semifinal, it means that three of the four final four women are 30-somethings. Pennetta and Serena Williams are 33 and Roberta Vinci is 32. It means for the first time two Italian women are in the semifinals of a major in the Open Era.

“Of course I’m very proud,” Pennetta said. “Of course yesterday when I saw Roberta (Vinci) in the locker, I mean, I hug her and I say — I mean, she was amazing yesterday also.

“I think this is really important for our country. We did a lot of good things in the last 10 years. We have me, Roberta, Francesca (Schiavone), Sara (Errani), now Camila (Giorgi) is coming also.

“So I think it’s really good for Italian tennis to have such a good player.

On playing 20-something Halep in the semifinal, Pennetta said: “Halep, it’s look like she’s not that powerful like Vika but she is. She is more powerful, I think. To make a winner to her you have to finish the point seven times. She always there, always in — the ball is always come back.

“It’s tough,” Halep said about paying Pennetta in the semifinals. “I know her. She’s very smart on court. She’s fighting. I know that she never gives up.

“During the match today I saw a little bit, because I was warming up, and I know that she has a great backhand. I have just to play smarter than usual. I have to be aggressive like I did today in the end of the match. I have to keep my serve and just go in there and be focused.”