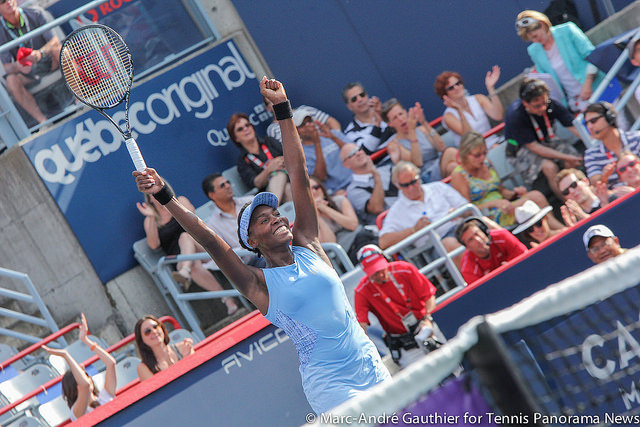 over the Summer Tennis Season in North America

“What more can you say that hasn’t already been said about Venus Williams,” said USTA Chairman, CEO and President Katrina Adams. “She is the personification of class and grace as a competitor and is the perfect recipient of the US Open Sportsmanship Award.”

Eligibility requirements for winners include participating in at least two Series tournaments, as well as the 2015 US Open.  Each US Open Sportsmanship Award winner receives a trophy and a $5,000 donation to the charity of his or her choice. Past winners include Roger Federer and Caroline Wozniacki (2014), Li Na and David Ferrer (2013) and Bob and Mike Bryan and Samantha Stosur (2012).