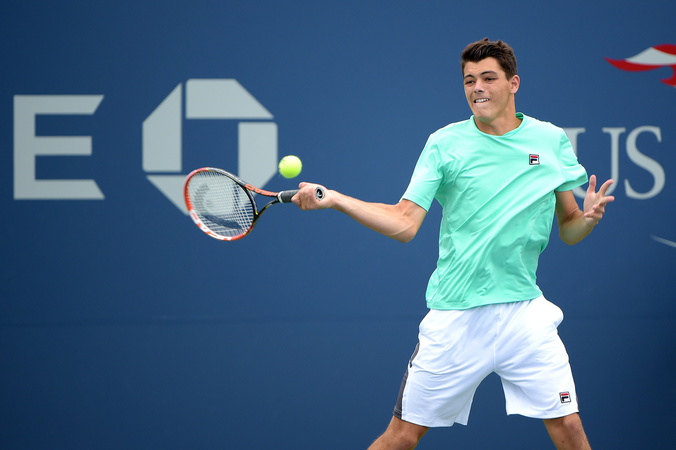 “I think also what contributed to that was the fact that it was dark outside. I think the ball wasn’t flying through the air as fast as it would in the daytime. Both of us were having trouble putting the ball away.”

“Like I said, I’m not gonna try and set too many goals for myself because I don’t know how it’s going to pan out over the next year transitioning into the pros.

“So I’m just going to try my best to get up there, and once I know where I’m at, then I can try and set goals for myself.”

“I can’t really explain my feelings right now, ” Galfi said. “I’m just really happy how I did in the last week. I think I did a really great job, and I played really well the whole tournament after — I mean, not the whole tournament. After my first round. I almost lost there.”

Galfi became the first person from Hungary to win a US Open Junior title.

In the boys’ doubles final, the American team of Brandon Holt and Riley Smith lost to the Canadian pair of Felix Auger-Aliassime and Denis Shapovalov, 7-5, 7-6(3).