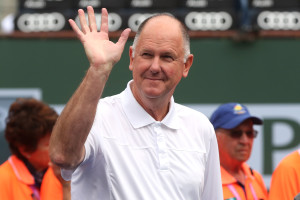 (October 5, 2015) On Monday, the Board of Directors of the Women’s Tennis Association announced a unanimous decision naming Steve Simon, the Tournament Director and Chief Operating Officer of the BNP Paribas Open at Indian Wells Tennis Tournament, as the new CEO of the women’s tour. Simon will begin his new position immediately and leave his current post at the end of November.

Simon joined the tournament in 1989 in a sponsorship sales role after working with adidas for six years. He became Tournament Director and COO in 2004. At the end of the 2013 tournament, he and the CEO oversaw the vast expansion of Indian Wells.

“I am exceptionally grateful to both Charlie Pasarell and Raymond Moore for the opportunity they gave me more than 25 years ago to work at the BNP Paribas Open,” said Simon through a news release. “I have cherished my time here, and everyone involved with the event – staff, volunteers, players, officials and many more – who have made this event into the exceptional tournament it has become. I am humbled and excited about the opportunity, and leave the tournament knowing that the team in place, under the guidance of Moore and owner Larry Ellison, will continue to excel and keep the BNP Paribas Open as one of the best events in the world.”

“Steve Simon, with his successful career leading one of tennis’ most prestigious tournaments, is the perfect person to run the WTA,” the WTA Board said in a statement. “Steve produced results, pursued excellence and he kept innovating, making the fan experience even better. He has a very clear vision for the sport and is held in high regard by all.”

Simon replaces Stacey Allaster who announced her resignation on September 22.