You are here: Home / Contributors / All Access at the WTA Finals 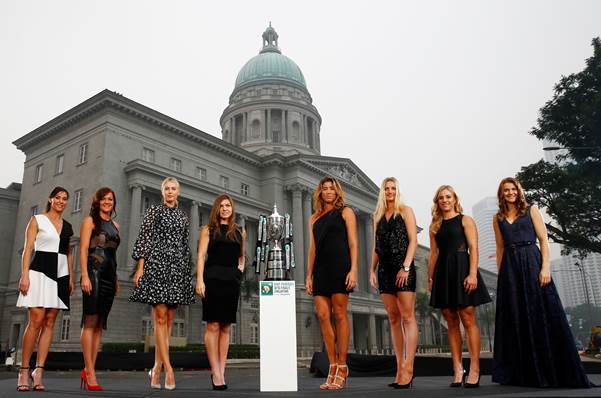 (October 24, 2015) SINGAPORE – With the draw out of the way, it was time for the stars of this year’s WTA Finals to meet the press, after a week of frenzied calculations of who may or may not make the cut.

With World No. 1 Serena Williams’ absence, the field is possibly one of the most open in recent times, with an all-European cast, with three debutantes (Garbiñe Muguruza, Flavia Pennetta and Lucie Safarova), and a frenetic sprint to the finish for the last spots. 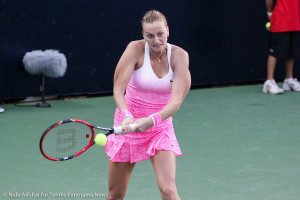 First up on the scene was Petra Kvitova, who clinched the title on her debut in 2011. It has been an up and down year for the Czech, who still has the Fed Cup final to go before she can call time on her season.

Kvitova took the brave move to take a couple of months off the spring hard-court swing, citing exhaustion and later it emerged she had been struggling with mononucleosis so to qualify for the WTA Finals was an achievement worth smiling about.

She said: “To qualify again after what was a tough year for me, I’m really satisfied that I made it again. In the beginning of the year if somebody told me that I’m going to qualify, I’m not really going to believe them. I hope that next year will be a bit boring.”

The fourth seed heads up a trio of lefties that have all wound up in the White Group, and felt that despite the lack of the World No. 1, the field was ready to put on a good show.

“I know that we are missing Serena. I think she needed the time off so it’s good for her. Of course she is a great champion and probably for many people she is one of the greatest player. So they are probably a little bit sad she isn’t here.

“But I think it’s still a great draw and a great two groups. I think you’re going to see great tennis from everyone here.” 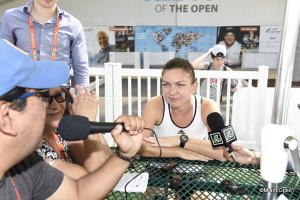 Top seed Simona Halep is thankfully out of the leftie group, but has the challenge of Maria Sharapova in hers and feels ready to tackle the 2004 champion and get her first win over her.

Halep said: “I never beat her, but maybe I will have the chance here. I just want to play match by match, everyone is playing tough here. We are the best eight players in the world so every match is like a final. I have nothing to lose. I have no expectations.”

Halep stunned Williams last year in the Round Robin stages before meeting her again in the final, on her debut last year. With three players making their debut this year, she felt like the field could be wide open this year.

“So of course she will give everything she has because she said she’s going to retire so she has nothing to lose anymore. It’s my second year playing the WTA Finals so I have nothing to lose too because last year I had great result. So I think everyone can win the title.” 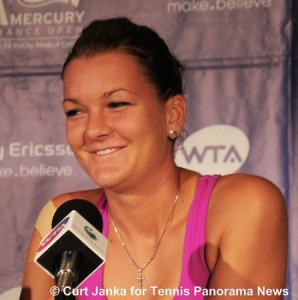 Fifth seed Agnieszka Radwanska is another player who has had a tough year, but in a spurt towards the end of the year picked up pace to qualify fifth for the WTA Finals.

“[The] grass court season I think gave me much more confidence on court. That was kind of a click out there. I was playing much better, feeling much better on court than beginning of the year. It was still not too late to be here, to make much more points in the second part of the season.” 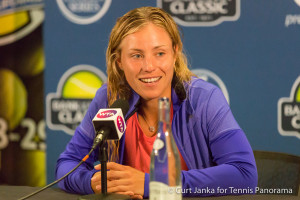 The wait was possibly more nail-biting for Angelique Kerber, who was relying on the results of others to make the cut.

“You know, of course it’s better if you have it in your hands. But at the end, I was waiting and watching a little bit on the live score how the other is playing.

“At the end I did everything I could this year to be here. Of course, I’m proud that I qualified at the end. It was I think the most toughest and closest to qualify at the end.”

For Muguruza – it is her singles debut, having made the doubles event here last year, and she will be contesting both this year. Since winning her highest profile tournament to date in Beijing, she has been in Singapore preparing for this tournament, and the challenges of playing both the singles and doubles.

“I think is very tough to play singles and doubles, especially when you are really in high rankings because every match you play, you really need to be 100%. Obviously playing singles and doubles makes you more tired. You have to spend more hours in the side practicing, talking and thinking. But I enjoy playing doubles with Carla (Suarez Navarro). We said two years ago, Carla, let’s play doubles and see what happens.

“We are playing Masters again, it’s amazing. I think it helps me a lot, doubles, as a better player, to learn things. So far I’m enjoying singles and doubles, but it’s hard, really hard.” 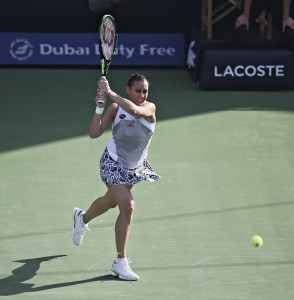 After Flavia Pennetta triumphed in New York, winning her maiden slam and then announcing this would be her last year in tennis, she acknowledged that once she had a chance to make the cut, she would fight for it.

But she was very clear – this is her final tournament as a player, and while she emphatically shut down the thought of becoming a coach to at least a senior player, the thought of perhaps shaping how stars of the future are made appealed.

She said: “That thing is going to be something that I like to do, more to just explain them how it is the life. I mean, now I feel there is a lot of pressure [on] the young children to become champions. I think there is a right time for everything.

“They need to be a child. They need to have fun. They don’t have to be professional at 10 years old. I mean, they have so much time in the life. Why to rush too much? Now I think they are really push from the sponsor, from the family, from everyone. Before was more relaxing everything. Now they want it too much, so early.” 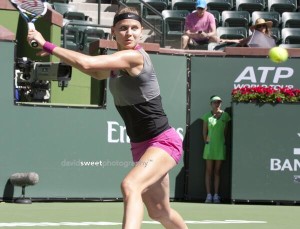 In fact Pennetta is not the only player who has found success a little later in her career, with Lucie Safarova joining the cast of players this year, following her run to the final of the French Open.

“I’ve been improving through last couple years already. I’ve been climbing the rankings. It hasn’t been as fast as some other players jump there. But the more I really enjoy it, I’m thankful for it.”

She will be partnering Bethanie Mattek-Sands in the doubles. 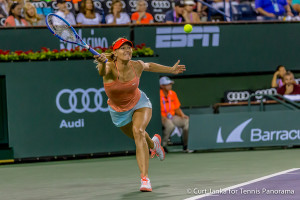 Pride of place in terms of the day’s procession of players was 2004 champion Maria Sharapova. One of only two players here who won on their debut, it has been an up and down year for the Russian, who battled with injury throughout the US hard court season and only took to the court after Wimbledon for the first time in Wuhan, where she had to retire in her opening match.

Sharapova might avoid the ‘group of lefties’ but with little match play and even with no nemesis Williams in the mix, and the prospect of the Fed Cup final ahead, there are plenty of challenges enough this week in Singapore.

She said: “Considering I haven’t played much, it doesn’t change much for me. I think, as I said before, it’s not so much who I’m playing against or what my record is than it is about me being out there and staying healthy and working my way through the matches.

“I feel there’s definitely been a big mix of a few players that have done extremely well at certain times of the year and not so in other parts of the year. Besides Serena, the consistency has been lacking, that’s for sure.

“Of course, there are definitely names that have been around, a younger generation that we always believed would come through, is proving to show that. There are also players that have had great potential around my age that have come through and done extremely well, and even older. There’s been a mix of everything this year.”

Sharapova will be part of the opening day’s line-up, playing on the opening night against Radwanska. Earlier in the day the WTA Rising Stars final will take place, and will be followed by Halep v Pennetta.

Monday’s schedule will see Muguruza kick off the White Group matches against Safarova while Kvitova and Kerber take the night match honours.

Play on Sunday begins at 11am with Bethanie Mattek-Sands/Safarova v Muguruza/Suárez Navarro.

Ros Satar is covering the WTA finals for Tennis Panorama News. She is a British sports journalist covering tennis, and can also be found at Britwatch Sports.