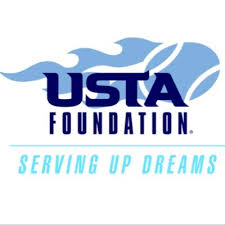 The event, co-hosted by Blake and International Tennis Hall of Famer Pam Shriver, will fund the USTA Foundation’s commitment to improving the quality of life among the nation’s youth, military heroes and individuals with disabilities through tennis and education. This is the first time the USTA Foundation will host a fundraiser on the west coast.

Participants from Ramp Up, a Los Angeles-based chapter of the National Junior Tennis & Learning (NJTL) network, will serve as ballpersons for the tournament. The organization is one of the USTA Foundation’s premier after-school tennis and education programs.

The Pro-Am will be followed by a reception bringing together tennis stars, icons, enthusiasts and celebrities, all to support the work of the USTA Foundation in combining tennis and education to aid those in need. The event will include a live auction featuring exclusive, one-of-a-kind packages and experiences, including a signed racquet by Grand Slam champion Maria Sharapova and tickets to the 2016 US Open and World Tennis Day at Madison Square Garden in March.

“I am excited to join an amazing lineup of participants with my friends Pam and Sloane for the USTA Foundation’s first Los Angeles Pro-Am,” said Blake. “It’s great to have so many people lend their time in support of our mission in positively changing lives through the combination of tennis and education. Because I know firsthand how tennis and education programs encourage many of our youth to reach their fullest potential, I’m honored to get back out on the courts and compete for a tremendous cause that will have a lasting impact on future champions.”

To date, the Foundation has awarded more than $19 million, benefitting thousands of children and adults through tennis, education and health programs and college scholarships, and has impacted more than 200,000 military service members, veterans and their families through its outreach programs.