You are here: Home / Contributors / Players Approve Courts but Work Still to be Done at Rio Olympic Tennis Centre 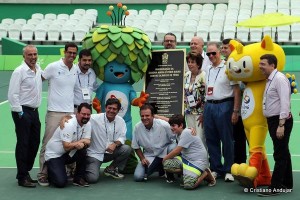 (December 12, 2015) RIO De JANEIRO, BRAZIL –  The Olympic Tennis Centre for the 2016 Rio Games held its test event from last Thursday to Saturday at the Olympic Park with general praise from Brazilian players. However, while seven courts are ready for play, including the 10,000 capacity main stadium, there are still adjustments to be made in regards to lighting and working offices. 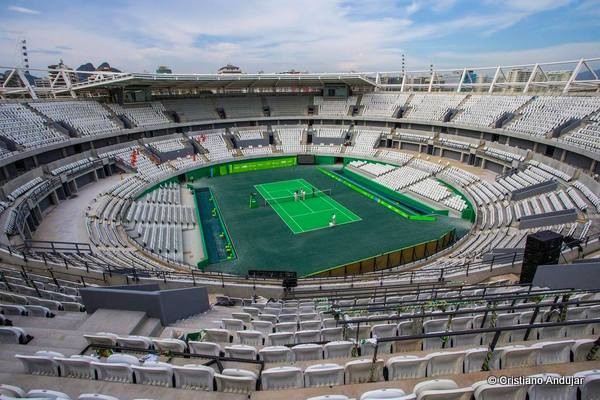 The total estimated cost of the Rio Tennis Centre is close to US$ 52 million (around 80% funded by the Federal Government), the construction is 85% ready and the organization expects everything to be completed by April. The Brazilian Tennis Federation tested the green courts with matches between local players in three categories: wheelchair, juniors and professionals. There were also two exhibition matches at the main stadium, featuring the country number one singles player, Thomaz Bellucci, and doubles specialists Bruno Soares and Andre Sa, among others.

“It is a hard court, but not a really fast court, because it’s Rio. You can’t control that, these are the conditions here, sea level and humidity. So it’s not too slow or fast. In my point of view, it’s totally approved. The locker room is great. Now it’s about the organization checking the logistics and operations, that will certainly be more complex at the Games”, said Soares, the new doubles partner of British player Jamie Murray. 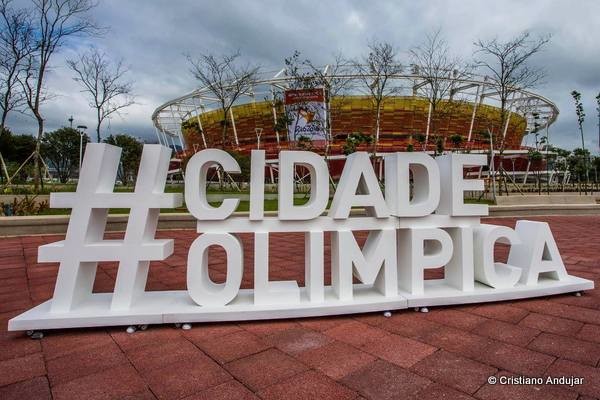 Chief Operating Officer for the International Tennis Federation, Spaniard Juan Margets defined the test event as a “positive” experience: “We visited the place a year ago and it was at a very early stage. The situation is now clear: we knew that there was a small delay, but this week’s experience is really positive because you can see the facilities and what they’re going to become. When it comes to the sport aspect, everything is good, no player can complain. In the general aspect, like the working offices, the level is quite acceptable”.

The matches in the main stadium were played during the afternoon because only a part of the lighting has been installed. The arena will be named after 19-time Grand Slam champion Maria Esther Bueno after the Games. Current seats should be replaced by new ones and the temporary stands for courts 1 and 2 (5,000 and 3,000 seat capacity each) are still to be built. Other five outside courts were also tested. At the Olympics, the matches will take place in 10 courts and six others will be reserved for practice. 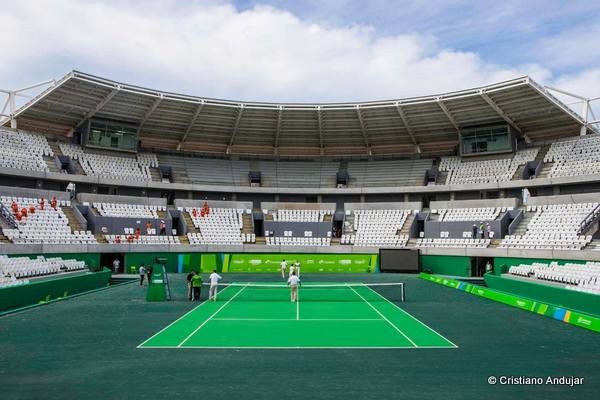 The Olympic Tennis Centre is right beside the main street access for the fans, the Embaixador Alberto Bueno Avenue. The Main Press Center (MPC), the International Broadcasting Center (IBC) and the Velodrome are the closest structures to the tennis venue. The Olympic Park, located in the west side of Rio, will host 16 sports during the Games. The tennis tournament takes place from August 6th to the 14th and all tickets are sold out for Brazilian fans.

After the Olympic and Paralympic Games, the Tennis Centre is expected to be administrated by the Brazilian Tennis Federation. “If everything goes according to plan, we will move to Rio (the Federation’s head office is currently in Sao Paulo) and besides having a training center, we can host all kinds of tournaments here, like Davis Cup ties”, said Jorge Lacerda, president of the entity. 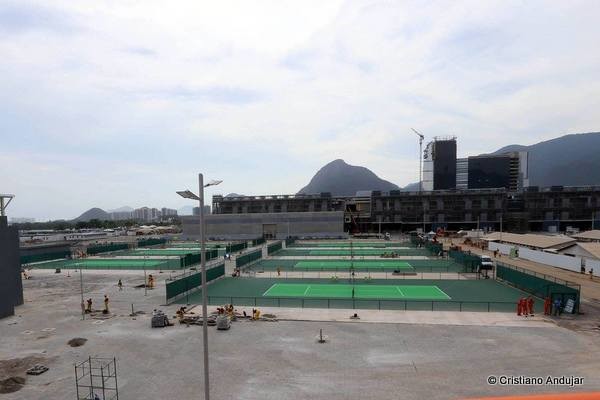 Former world No. 1 Gustavo Kuerten hopes that the Olympics can be a turning point not only for Brazilian tennis, but for the country as a whole: “Our nation usually extracts few benefits from great opportunities. It will be amazing for tennis and for people who live in the sports universe. But unfortunately we are not ready take advantage of that in a general way. The Olympics will certainly be a success and people from all around the world will leave with great memories. But the Brazilian people will stay here afterwards. Those days need to be the start of a bigger transformation”.

Sheila Vieira is a Brazilian sportswriter who has been covering the tennis tour over the last five years.

All photos by Cristiano Andujar.