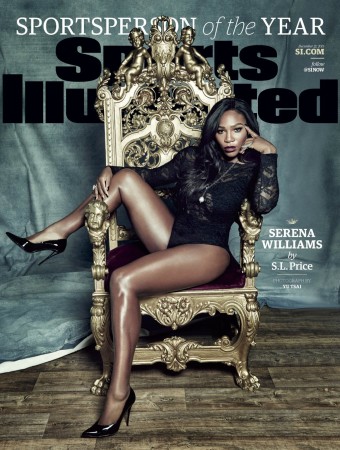 (December 14, 2015) For the first time in more than 30 years a female athlete has been named Sports Illustrated’s Sportsperson of the Year. World No. 1 Serena Williams became just the fourth tennis player to earn the honor. The last woman to win the award was runner Mary Decker in 1983.

The 34-year-old American, who went went 53-3, claiming 5 titles during the year came within two matches of winning calendar-year Grand Slam since Steffi Graf 1988. Williams lost in the semifinals of the U.S. Open to Roberta Vinci.

This year was spectacular for me. For SportsIllustrated to recognize my hard work, my dedication,… https://t.co/wsGPJZY7cn