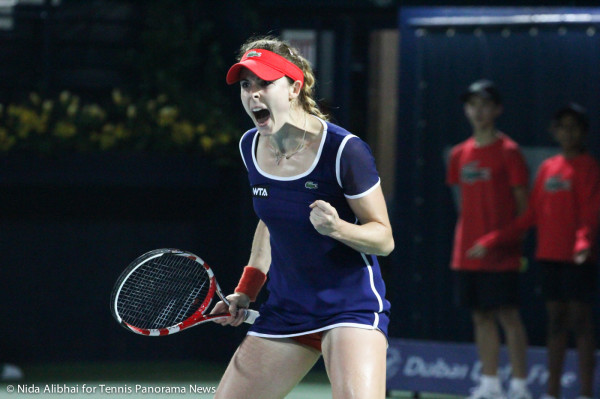 (January 16, 2016) Alizé Cornet dispatched Eugenie Bouchard 6-1, 6-2 to win the Hobart International title on Saturday, the final women’s warm-up tournament before the Australian Open begins on Monday. This is Cornet’s fifth career WTA title, the first since she won Katowice in 2014.

The French woman rebounded from dropping her last two matches against the Canadian, winning the match in 67 minutes.

Both women make their way to the Australian Open which begins on Monday. Both women open against players from Serbia. Cornet will play Bojana Jovanovski while Bouchard plays Aleksandra Krunic.

A champions smile @alizecornet Congrats on an amazing week & good luck for rest of 2016. Hope we see you next year pic.twitter.com/INlGerbHKp