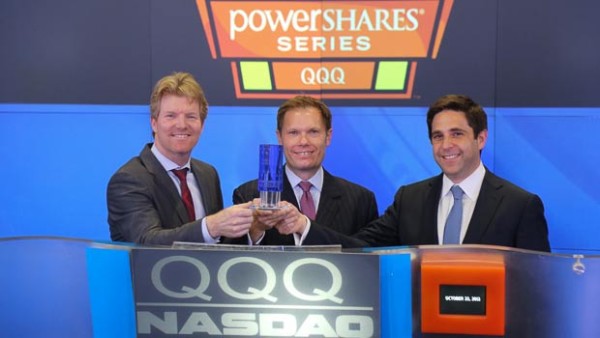 NEW HAVEN, Conn., Jan. 25, 2016 – Four of the best male American tennis players of all time, Andre Agassi, John McEnroe, James Blake and Mardy Fish, will compete in a PowerShares Series event – the circuit for champion tennis players over the age of 30 – at the Connecticut Open presented by United Technologies, a WTA Premier event to be held August 19-27, at the Connecticut Tennis Center at Yale, it was announced today by Tournament Director Anne Worcester.
The Connecticut Open Men’s Legends Event, which began two years ago, has now become an official part of the PowerShares Series. This year the WTA Premier tournament will welcome some of the game’s most well-known and talented men’s legends for two evenings of tennis, complete with an all-new format. On Thursday evening, August 25, following the WTA quarterfinal, McEnroe will play Blake, and on Friday evening, August 26, following the WTA semifinal, Agassi will battle Fish, with the winners of each matchup competing in a final on Friday night. The men’s matches will all be one set each.
One of the most well-known tennis players of all-time, Agassi returns to New Haven for the first time since 1995 when he won the men’s tournament, and promptly proceeded to shave the head of then-Tournament Director Jim Westhall. The eight-time Grand Slam champion is one of only seven men to have won all four Grand Slams, is a former World No. 1 and owns 60 singles titles on the ATP World Tour. He was inducted into the International Tennis Hall of Fame in 2011.
“I am excited to return to New Haven and look forward to participating in the PowerShares Legends Event at the Connecticut Open,” said Agassi. “I have fond memories of capturing the title there in 1995, and the memorable activities that followed.  It will be fun to compete against Mardy Fish, and hopefully I will reach the finals to compete against the winner of McEnroe and Blake.”
McEnroe, a seven-time Grand Slam singles and nine-time Grand Slam doubles Champion, will be returning to New Haven for the second consecutive year. Last year McEnroe enthralled the crowd throughout his match, and even conducted an impromptu fundraiser mid-match, auctioning off his racquets and shirt to raise more than $8,000 for Smilow Cancer Hospital at Yale-New Haven. One of the most talented players in history, he accumulated more than 150 singles and doubles championships in his career, and in 1984, had one of the greatest seasons in the history of tennis when he won two majors (Wimbledon, US Open), 13 of 15 singles tournaments, and compiled an 82-3 record for the year, which still stands as the best year-long winning percentage on the ATP World Tour. McEnroe was inducted into the International Tennis Hall of Fame in 1999.
Blake is a former two-time Connecticut Open Champion with 10 singles and seven doubles titles to his name. The Connecticut native will be returning to play in the Legends event for the third consecutive year. Fish, a former top 10 player with six singles and eight doubles titles in his career plus the silver medal at the 2004 Olympic Games in Athens, will make a return to New Haven for the first time since 2009. Fish played in the men’s ATP event in New Haven five times (2005-2009), reaching the finals twice (2007, 2008).
“We have continued to build our Legends Event each year which is anchored by hometown favorite James Blake. For year three, we wanted to attract yet another big name and Andre Agassi is undoubtedly one of the biggest legends in the history of the sport,” said Worcester. “John McEnroe was such a huge hit with fans last year that we wanted to bring him back in 2016, and now adding another New Haven fan-favorite in Mardy Fish, we are truly excited about these matches. In addition, becoming an official part of the PowerShares Series validates that the Legends Event was a wise innovation a few years ago and it strengthens the future of the Connecticut Open.”
Fans can guarantee their tickets to incredible women’s tennis plus Legends matches by purchasing weeklong box seats which provide access to all 14 sessions, significant savings and a host of benefits OR  multiple session packages which provide seating in a reserved location on the West sideline, and savings up to 31 percent. Multiple session packages include:
After Hours (Aug. 22-27) – Every evening session, including all Legends matches, and Saturday afternoon (WTA Finals)
Final 4 (Aug. 25-27) – Thursday evening (WTA Quarterfinal/Legends), Friday day and evening (WTA Semifinals/Legends), and Saturday (WTA Finals)
Pick 4 (Aug. 21-25) – Four early round sessions including Thursday evening (WTA Quarterfinal/Legends)
POWERSHARES SERIES PLAYER FIELDS ANNOUNCED FOR 2016

LOS ANGELES – The PowerShares Series, the tennis circuit for champion players over the age of 30, announced its slate of player fields for its 12-city circuit that begins April 8 in Chicago. Competing players in 2016 are Andre Agassi, John McEnroe, Andy Roddick, Jim Courier, Mark Philippoussis, James Blake and Mardy Fish.

The PowerShares Series also announced the addition of an event in Denver at the 1stBank Center on November 5. Ticket and VIP experiences information – including play-with-the pros opportunities – can be found at <a href=”http: www.powersharesseries.com” target=”_blank”>www.PowerSharesSeries.com. The full schedule with player fields are listed below;

Each PowerShares Series event features two one-set semifinal matches and a one-set championship match. For the second straight year, players will make their own line calls, with assistance of electronic line-calling.

In 2015, Roddick won the PowerShares Series points title in his second year of competing on the series with 1,600 points. Roddick won a record eight events Los Angeles, Lincoln, Chicago, Austin, Little Rock, Dallas, Richmond and Minneapolis. Blake finished second in the points rankings with 1,200 points, winning events in Boston and Cincinnati. Philippoussis finished in third with 1,100 points, winning titles in Salt Lake City and Vancouver. The year before in 2014, McEnroe won the points title for the first time in the nine-year history of Champions Series tennis by winning events in Kansas City, Indianapolis, Nashville and Charlotte.