You are here: Home / Features / Tale of the Tape: Novak Djokovic vs. Roger Federer Part 45 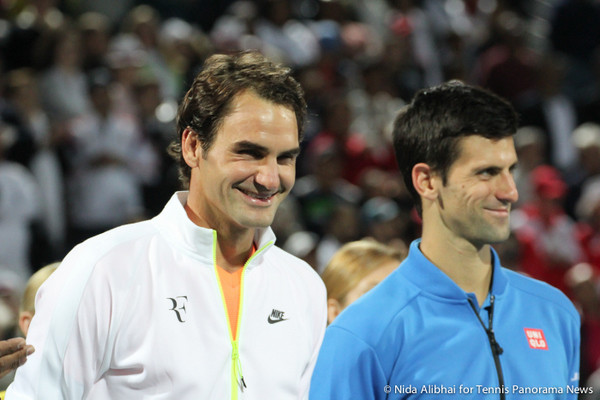 (January 27, 2016) The semifinal between No. 1 Novak Djokovic and No. 3 Roger Federer at the Australian Open on Thursday night will mark the 45th time that these two players have played each other. Here is a look at their head-to-head record.

This is the 45th meeting between Djokovic and Federer. This is the 2nd-most matches played in a head-to-head at Tour-level in the Open Era:

This is Djokovic and Federer’s 15th Grand Slam encounter, extending their record for the most match-ups at the majors:

N.B. Player ages are calculated at the end of the tournament

Active players in bold. (Through quarterfinals at the 2016 Australian Open)