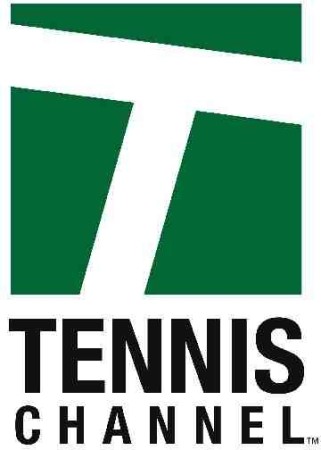 From Tennis Channel: Baltimore, MD (January 27, 2016) – Sinclair Broadcast Group, Inc. (Nasdaq: SBGI) (the “Company” or “Sinclair”) announced that it has entered into a definitive agreement to purchase the stock of Tennis Channel (“Tennis”) for $350 million. The Company will benefit, however, from over $200 million of Tennis net operating losses which Sinclair will be able to carry forward to reduce future tax payments, the present value which Sinclair estimates to be worth approximately $65 million. Tennis Channel is the only 24-hour, television-based multimedia destination dedicated to both the professional sport and tennis lifestyle. Tennis, which includes established over-the-top subscription services, TC Plus and TV Everywhere, has rights to 90% of all the televised tennis in the U.S. and features comprehensive coverage including the top 100 tournaments in the sport and more. The Company has already negotiated agreements with a number of multi-channel video programming distributors (MVPDs) which, following Sinclair’s acquisition, will increase carriage of Tennis from approximately 30 million homes to approximately 50 million homes. The transaction, which is subject to antitrust regulatory approval and other customary closing conditions, is expected to close during the first quarter of 2016 and will be funded through cash on hand and a draw on the Company’s revolving line of credit.

“The Company expects 2015 pro forma operating cash flow for the contracted subscriber increases (including the additional license fees and advertising revenues resulting from such increased carriage), to be approximately $60 million, the synergies of which will be phased in over 18 months, and resulting in a 2015 pro forma purchase multiple, including the present value of the NOLs, of 4.8x and approximately $0.40 of incremental cash flow per share,” commented Chris Ripley, CFO of Sinclair.

“Tennis Channel is an established property with high-quality content and advertisers, and is vastly under-compensated and under-distributed relative to the value it brings to its viewers. It was the only independently-owned major sports network left, and we knew we could unlock value through a tuck-in acquisition,” commented David Smith, President and Chief Executive Officer of Sinclair. “The additional subscriber base, which has already been contracted, equates to the creation of approximately $200 million of incremental value at closing. Furthermore, we expect this combination to create additional linear and OTT viewership and advertising growth, and we have the added benefit of continued involvement of Ken Solomon, CEO of Tennis Channel, and a seasoned programming executive.”
“We greatly appreciate the commitment from many of our distribution partners to substantially increase their carriage of Tennis Channel, and we expect that a number of upcoming MVPD negotiations to result in further carriage and Tennis subscriber penetration,” stated Barry Faber, Sinclair’s Executive Vice President and General Counsel. “Nothing is more valuable to video distributors than high quality, live sports, and we expect the increased carriage of Tennis will be well-received by their subscribers. We also expect to leverage our broadcast platform to promote Tennis Channel, which we anticipate will result in increased viewership, further adding to the channel’s value in attracting and retaining subscribers.”

“In Sinclair we have found the perfect owner-partner to accelerate scaling the Tennis Channel brand and our sport’s expanding fan-base to the next level. Sinclair’s unique size and position in the media ecosystem will facilitate significant distribution growth towards parity with our competitive set and expand our brand’s assets and unique value as the go-to destination for all things tennis in the U.S. and beyond,” commented Ken Solomon, chairman and CEO of the Tennis Channel. “The larger platform will immediately help develop incremental advertising and sponsorship business and puts us in a great position to enhance our already comprehensive rights portfolio domestically as well as develop the brand internationally. We also intend to utilize Sinclair’s advanced branding capabilities, digital expertise and significant broadcast asset platform to drive increased awareness for both Tennis Channel and our successful subscription-based OTT platform, ‘Tennis Channel Plus.’ Our management team is more excited than ever about the future for Tennis Channel under Sinclair’s ownership and anxious to grow as part of such a visionary and transformative company. This is a great day for both the professional sport and the amateur tennis community and most importantly for the viewers we serve.”