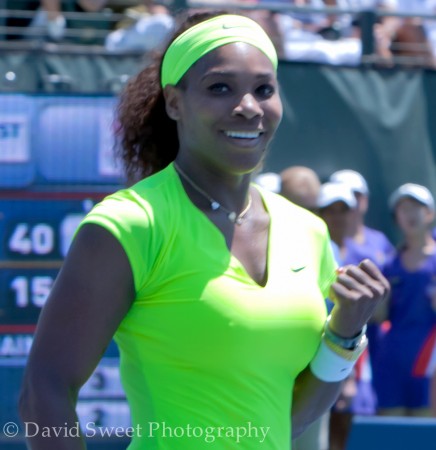 Under a closed roof in Rod Laver Arena, due to rain in Melbourne, No. 1 Williams needed only 21 minutes to win the first set over the fourth seed. Williams dominated with 18 winners in the first set. The 21-time major winner broke the Pole’s serve to start the match and was never tested in the set.

The second set was much closer. The American took a break lead at 2-1, but Radwanska broke to get back on serve in the fifth game for 3-3.

Williams seized the moment in the ninth game breaking to serve for the match at 5-4. The six-time Australian Open champion closed out the match with three aces and a volley winner in 64 minutes. Radwanska is still winless against Williams at 0-9.

“I’m really excited to be in another final, it really blows my mind,” Williams said on-court after the match.

“I think she started unbelievable, with such a power and speed,” Radwanska said. “I was just standing there kind of watching her playing.

“Well, I had my little chance in second set, especially when it was 4-All. But otherwise just too good.” “I think I played well in the beginning, especially in the first set,” Williams said. “I was able to do everything that I needed to do. I was really hitting just all the right shots, making little to no errors, which is kind of hard to play like that. But it was good.

“She started playing better. It was good for me mentally as well because I was able to recover and do well again.” “I’ve always said that when I’m playing at my best, it’s difficult to beat me. Have I played at my best my whole career? I don’t know. But I’ve been definitely trying to put in a lot of work and trying to get there.” 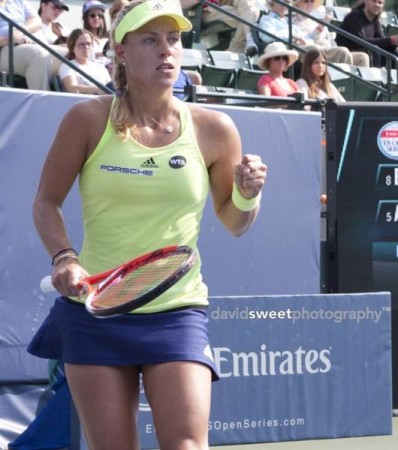 The 28-year-old German Kerber, the seventh seed, survived a match point in the first round to reach her first major final.

Kerber began her match 3-0, with a two-break lead, then Konta won the next four straight games. Kerber held steady and broke Konta’s serve in the eleventh game and held for the set.

The second set saw Kerber take another two-break lead at 5-1, but the German held her nerve to close the match.

Konta was the first British woman to reach a major singles semifinal since Jo Durie in 1983. Konta, making her Australian Open main draw debut will see her ranking move from 47 to the Top 30.

Williams talked about the match-up against Kerber:

“She took out a really tough opponent in Victoria (Azarenka). You can’t underestimate Kerber. She’s beaten me before, too, and pretty good. I know that she brings a lot, you know, to the game.

“Her being lefty definitely helps out as well. I haven’t played any lefties yet. But we’ll see. I think if I do play her, it will be a really good match. It definitely won’t be easy.

“She’s been very consistent this year already. She’s proven that she wants to take her game to the next level. I know she was talking about she wants to do better in the slams this year. To start out with a potential final already tells you that if she puts her mind to something, she’s going to do it.”

“I must play my best tennis to have a chance against her, but I will try to give everything, I have nothing to lose,” Kerber said.

Should Williams win the final, she would tie Steffi Graf at 22, for the most number of majors in the Open Era.

Williams  who is 5-1 against Kerber, is 6-0 in Melbourne finals.