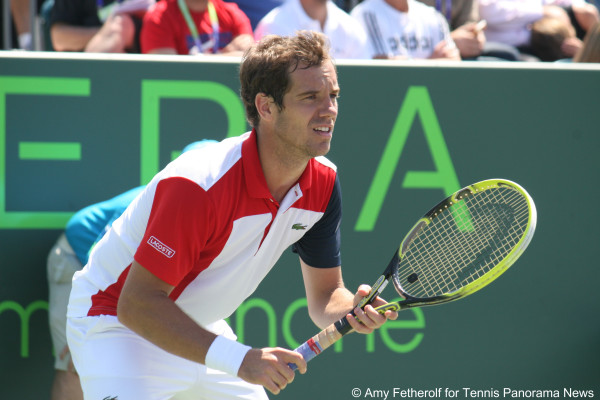 “It was great for me to win another title,” said Gasquet of his 13th tournament crown. “I am very proud to win my third title here, because it was a great match against a good friend. He had nothing to lose, so it was great to win.” 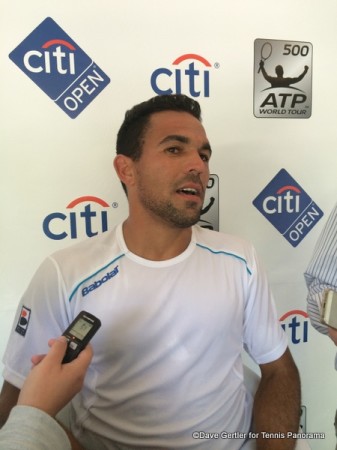 Victor Estrella Burgos of the Dominican Republic defended his title in Quito, making a comeback to defeat Thomaz Bellucci of Brazil 4-6, 7-6 (5), 6-2 at the Ecuador Open. Both of his ATP World Tour tournament victories have come on the clay courts of Quito.

“I can’t describe the feeling when I saw the last ball go out,” Estrella said. “It was an unbelievable moment, to win back-to-back in Quito. Last year I was very nervous. I could barely breathe serving on match point. This year I was much more relaxed closing out the match.

“The conditions were difficult. It was sunny and so windy. It was impossible to return [Bellucci’s] serve in the first set.”

“It was a difficult day,” Bellucci said. “The wind did not allow me to maintain a good level. I was dominating and I had options to win the match, but I wasted them. In the third set, I lost my rhythm on serve and he raised his level. I’m happy to have reached the final, but sad because I could have won.” 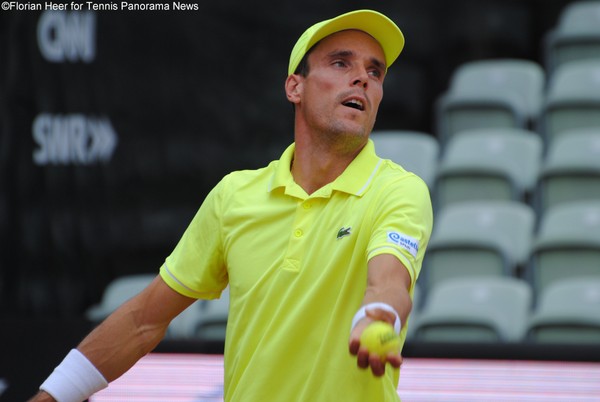 The Spaniard Bautista Agut won the Auckland event last month.
“It is always special to win a title,” said the 18th ranked player. “I have to be happy about this start to the season, the way I play. I am enjoying to be on the court. I just can’t be happier.

“I used drop shots a lot today because he is a great defender and sometimes he stays very far from the baseline. I needed to find a way to break the rhythm and drop shots gave me a lot of points today. To beat Viktor you have to work a lot. He is a very tough opponent. He runs a lot, he makes you play a lot of balls, he defends really well. We played a lot of rallies today and I like that as a Spanish player.”

“He was playing better – more offensive, more aggressive, took more risks,” Troicki said. “He also didn’t’ miss many balls. I felt like the better I played, the better he played. I had a long match yesterday. I needed to be 100 per cent fit to win. He started the season very well. He played great the last four tournaments. So I congratulate him. He deserved the win.

“It was still a good week for me. I reached the final again in four weeks. It is a great start to the season. I hope to keep it up with the good results. That is the only way to make it to the Top 10 which is my goal. I have to achieve it this year.”

The Latin American clay-court swing will set foot in Buenos Aires with the Argentina Open next week. The top four seeds will be top seed Rafael Nadal, Spanish countryman David Ferrer, France’s Jo-Wilfried Tsonga and American John Isner is No. 4.