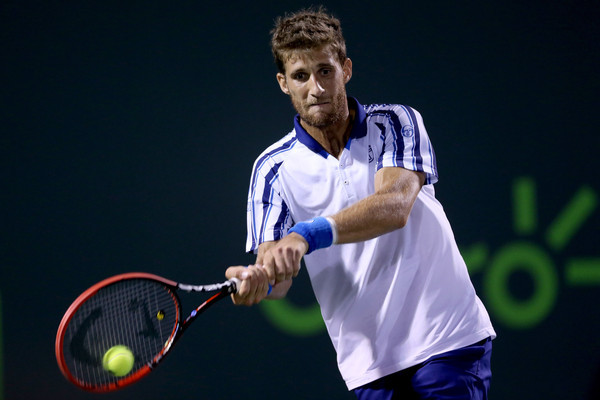 The southpaw saved five match points to stun sixth seed Roberto Bautista Agut in the quarterfinals and held off three match points in his semifinal win over Nicolas Mahut.

“I cannot believe that it happened,” Klizan said. “It was my dream to be on the board with these unbelievably great players. It’s an amazing feeling. Every day I was just fighting. Most of the time I had three-hour matches every day, so the only thing I could do was fight. In the end I saved so many match points. I still cannot believe it.

“In tennis you play best-of-three or best-of-five, so there is always the chance to win the match. So I just tried to fight until the last point and it was a good option.

“This is the best result in my career so far. I’m very, very proud of it. Also in our country, maybe I can be a motivation for the young players. I’m very happy for that.”
“Martin played a very good match,” Monfils said. “I think he just played a brilliant match today, better than me, so well done to him. I had good matches, but still it’s tough to lose in the final.”

“It’s my second 500 title and my second time here, so I think it’s a great tournament for me,” Mahut said. “I’m really proud of the week and I’m really happy to share it with Vasek; he’s a really good guy. We were a little bit disappointed last year to lose in the first round. This year we tried again and we’re really happy to hold the trophy.”

“We played a really good match,” Pospisil added. “We didn’t make any mistakes and we didn’t give them too many looks on our service games, which was key. We were serving well and putting a lot of pressure on them. Obviously, it helps to have a great partner so I think I got lucky there as well this week! We’re thrilled we got the win today.”