You are here: Home / Features / World TeamTennis To Return To NYC at Forest Hills Stadium with New York Empire, Andy Roddick as a Marquee Player 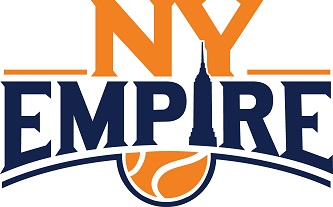 (February 17, 2016)- Mylan World TeamTennis today announced that the league will return to the New York area, with the New York Empire playing their 2016 home matches at venerable Forest Hills Stadium at The West Side Tennis Club, the home of the US Open for over 60 years. The restored facility will be configured to seat 2,500 for six home matches from July 31 through August 13. The team has also named Patrick McEnroe as head coach, and will have former US Open champion Andy Roddick as a marquee player.

“There are few more beautiful places to play tennis than Forest Hills, and it’s great to help bring professional tennis back to the facility for the 2016 Mylan WTT season,” said McEnroe. “This is a perfect way to link the past of the game with the new thinking that Billie Jean King and Ilana Kloss have infused into the sport through World TeamTennis. Fans will love the exciting, competitive team play so we hope they will come out and support the Empire. New Yorkers love their championship teams and our goal in year one is to win it all.”

“We are excited that Mylan World TeamTennis is back in New York,” said Mylan WTT CEO/Commissioner Ilana Kloss. “An iconic venue like The West Side Tennis Club will be a great showcase for the best in professional team tennis competition.”

McEnroe, who won the 1989 French Open doubles title, also had a successful run as U.S. Davis Cup captain as he guided his squad to the 2007 title. After leaving his Davis Cup role in 2010, McEnroe focused on his television commentary work as well as leading the player development charge for the USTA until 2014. He is very familiar with Mylan World TeamTennis having played six seasons. McEnroe is a life-long New York City resident where he lives with his wife, Broadway star and actress Melissa Errico, and their three daughters.

“As both a player and an owner I have always enjoyed all that encompasses Mylan WTT,” added Roddick. “To be able to play on the legendary courts at Forest Hills and be involved with a team in a city that I love, New York, will make this even more special.”

Roddick will play his ninth season of Mylan World TeamTennis in 2016 and first with the inaugural New York Empire. He most recently played in 2014. In May 2013, Roddick joined the WTT Ownership Group along with Venus Williams. He won the 2003 US Open and reached the final of a Grand Slam four different times and captured 32 tour-level singles titles, including five ATP World Tour Masters 1000 crowns. Roddick also founded the Andy Roddick Foundation which has raised more than $14 million for charity since 2001 and works to expand opportunities for young people to learn, thrive and succeed.

Colleen Hopkins will serve as team general manager. Hopkins is the founder of Hopkins Events, a special event agency with a focus on event management and operations, sponsor activation and client hospitality.

The 2016 season marks a return to professional tennis at one of the sport’s most historic facilities. The West Side Tennis Club hosted the US Nationals/Open Tennis Championships a total of 62 times, first from 1915 to 1922 on the grounds, and from 1923 to 1977 in the stadium. Built in 1923, the stadium was America’s first tennis stadium. In addition, the finals of the Davis Cup were held at the club 10 times, more than any other venue. Following the US Open, the WCT Forest Hills Invitational was held at the venue two times, and the WCT Forest Hills Tournament of Champions, was held at the venue 11 times, the last time in 1990 before the facility was renovated to its current grandeur.

The Nationals/Open saw some of its biggest moments and changes while at West Side, including the introduction of seedings in 1927, tiebreakers in 1970, equal prize money for men and women in 1973, and night play and the conversion of the courts from grass to clay in 1975. Currently, the stadium is also used as a music venue for concerts. One of the highlights of the 2016 Forest Hills Stadium summer concert series will be Mumford & Sons on June 16.

The Empire schedule, promotions and full roster of players will be announced in the coming few weeks with the 2016 Mylan WTT Player Draft taking place in Miami on March 25. For all other details on the Empire go to www.nyempiretennis.com  or follow on Twitter (@nyempiretennis) and Facebook (www.facebook.com/NYEmpireTennis).