You are here: Home / Features / Errani and Strycova to Vie for Dubai Title 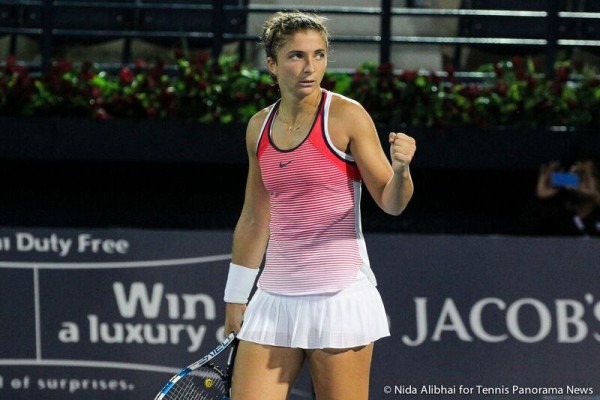 “It’s tough today, Errani said. “Elina hardly missed a ball at first so I just tried to stay focused every point. I think the condition of the court is good for me. The ball bounce a lot. This is important for my game. Of course really happy to be in the final again.”

Errani lost in the doubles semifinal with Carla Suarez Navarro 5-7, 7-6(5), 10-7 to Chia-Jung Chuang and Darija Jurak. Errani and her partner had five match points. 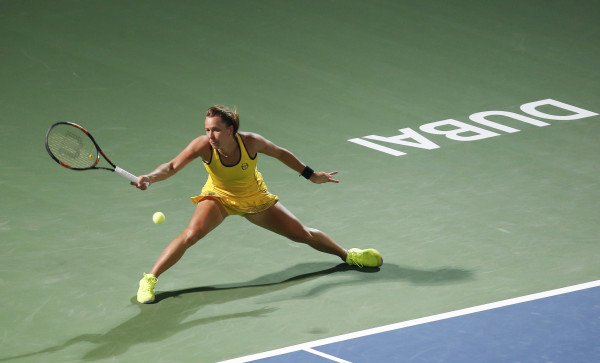 “It feels great,” said Strycova of her win. “I can’t believe it actually, because it wasn’t easy match for me today. I wasn’t feeling so well. Actually, the first set I was playing without any mistakes and I felt the ball, but then 2-0 in the second I was a little bit down physically and I couldn’t like pump it up again. So I’m happy that I pulled it through at the end.”

“It’s going to be tough one,” the Czech said of her final against Errani. “I lost to Sara in Eastbourne. It’s on grass. But I lost from two match points down. So revenge.”

Errani will now be trying to win her ninth career singles title and while Strycova will be bidding for her second.

Errani leads in their head-to-head record 5-1.