You are here: Home / Events / Leslie Allen Among Four Inductees into Eastern Tennis Hall of Fame 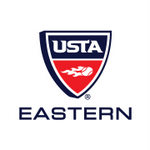 WHITE PLAINS, N.Y., (February 24, 2016) – The Junior Tennis Foundation (JTF) will recognize four integral members of the tennis community on Friday, April 29, 2016 at 7 p.m. during the 29th Annual Eastern Tennis Hall of Fame celebration at the Beach Point Club in Mamaroneck, N.Y.
The four individuals who will be inducted into the Hall of Fame are: Leslie Allen, former ATA, NCAA and WTA champion who earned a No. 17 singles world ranking and is the founder of the Leslie Allen Foundation, Marcel Freeman, former ATP player who trained as a junior at Port Washington Tennis Academy and was a four-time All American at UCLA, Eric Fromm, former ATP player and current president and managing director of Christopher Morley Tennis at Port Washington Tennis Academy and Loretta Van Raalte, founder and executive director of the Jerry Alleyne Memorial Foundation and the former director of tennis for the Hudson Valley Health and Tennis Club.

Proceeds from the celebration will benefit JTF, which provides scholarships and grants for junior and adaptive tennis players throughout the Eastern Section. At the event, two junior players will receive David N. Dinkins Scholarship Awards for their accomplishments both athletically and academically.
“This year we have four incredibly accomplished, deserving inductees who have made significant contributions to Eastern tennis,” Dick Scheer, Eastern Hall of Fame selection committee chairman said. “They will join an impressive group of prior inductees who have also made lasting contributions to the game of tennis.”

Since its inception in 1979, JTF has provided more than $2 million for programs and scholarships in the Eastern Section.