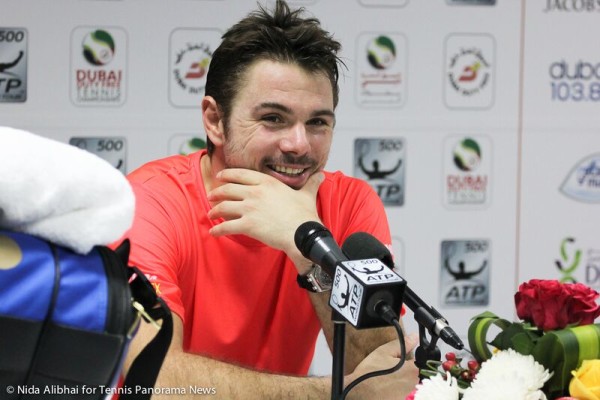 Wawrinka advanced to the final leading 6-4, 3-0 when Nick Kyrgios was forced to retire with a back injury. Baghdatis rallied to defeat to defeat sixth seed Feliciano Lopez 3-6, 7-6 (1), 6-1.

Despite the victory, Wawrinka is still not happy with his play.

“Not yet, but I’m in finals so there is one more match to play my best tennis. That’s the most important,” Wawrinka said. “For sure if you look from the beginning of the week I was not playing great at all. I was trying to find a way, frustrated during matches but still fighting and trying to find solutions to win more matches during the week to play better.

“The tension was there because it’s a semifinal and I don’t want to lose. I want to win. I want to play better tennis. I want to be in the final and have a chance to get the trophy.

“That’s why I get the tension. But the rest, to play him I don’t think wasn’t, from my side, anything special.” 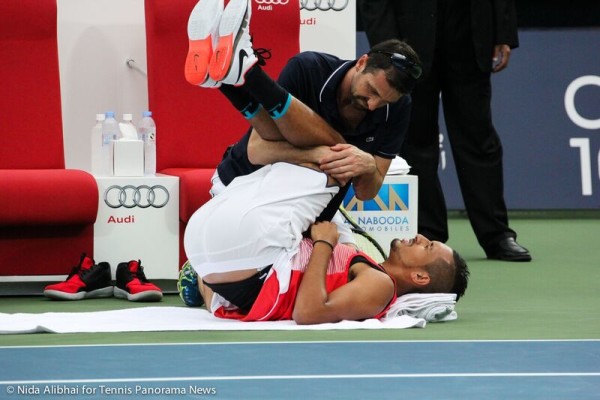 “I had a bit of a hip injury at the start of Marseilles,” Kygrios said. “That was still sort of bothering me a little bit. I was sort of struggling with a couple of niggles,” Kyrgios said. “It was a bit of a struggle, to be honest. I have been feeling so bad every day, like I’ve got some viral infection as well.”

“I couldn’t really serve anywhere near my full capacity today. I mean, he was playing great, anyway. He was playing really aggressive off the second shot of his serve.” 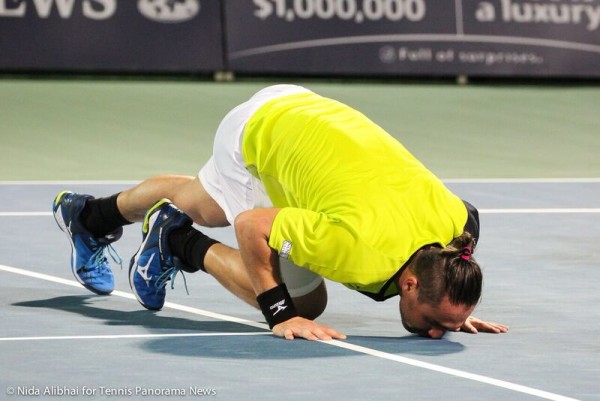 “It’s been a long road for me the last three, four years,” said the former Australian Open finalist Baghdatis. “It’s all about fighting, getting back to where I want to be. Last year we set some goals to be top 50 with my team. I achieved that. Now I’m moving forward. I think I have still a lot to improve on, but the most important thing is healthy-wise I’m very, very good. I don’t have any injuries and health problems that I had.”

“The crowd helped me amazingly there, and, yeah, I found a way to fight in the second and win it. I think I played an unbelievable tiebreak, very solid, returned very well, served very well.

“Then started to get momentum in the third. And once I did the break and then hold after the 2-1, Love-40 on my serve, then everything went pretty smooth.”

Wawrinka on playing Baghdatis: “Marcos since the beginning of the year is playing better. He’s saying he’s happy with his fitness, with his game. You can see the way he’s playing. Yesterday he was playing really well against Bautista. It’s going to be interesting match.”

“He’s unbelievable player,” Baghdatis said about Wawrinka. “I think he has a better percentage of winning tomorrow, that’s for sure.

“I mean, the last two years he’s very consistent. He’s having his best years of his life. Winning two Grand Slams, that’s amazing. I think he’s a guy who deserves it.

“But I cannot tell you much more. You know, I’m going to sit down with my coach tomorrow morning or maybe tonight and talk about it a bit.”