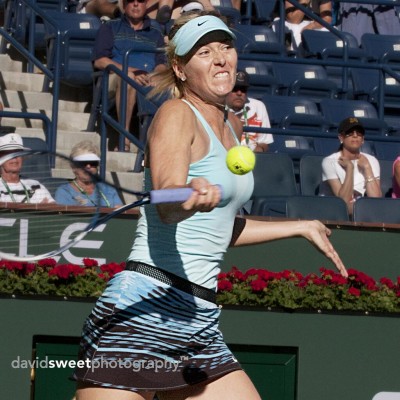 (March 3, 2016) World No. 7 Maria Sharapova has withdrawn from the BNP Paribas Open due to a left forearm injury.

“I am extremely disappointed that I am unable to compete in this year’s BNP Paribas Open,” said Sharapova. “I have been focused on healing my left forearm injury and tried to get my body to be 100% ready to play this event, as it is one of my favorite events on the WTA and so close to my home in LA.  I know the tournament will be a great success this year and I will be anxious to return next year and hopefully many years after.”

With Sharapova’s withdrawal, Mariana Duque-Marino moves into the main draw.

Eight Americans, along with two-time BNP Paribas Open Champion Daniela Hantuchova and former British No. 1 Heather Watson, were awarded wildcards into the BNP Paribas Open, to be held March 7-20 at the Indian Wells Tennis Garden, it was announced by CEO Raymond Moore.

There are also three more men’s and two more women’s qualifying draw wildcards to be distributed. Two of those qualifying wildcards will be given to the men’s and women’s winners of the BNP Paribas Open Challenge, the pre-qualifying event for the tournament.