You are here: Home / Features / Federer Withdraws From Miami Open with Stomach Virus 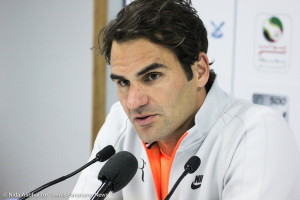 (March 25, 2016) MIAMI – Roger Federer has withdrawn from his second round match against Juan Martin del Potro at the Miami Open due to a stomach virus. He is being replaced by lucky loser Horacio Zeballos.

“I am very sorry that I have to pull out of the Miami Open with a stomach virus,” said Federer in a press release from the tournament. “I feel bad for the tournament and the fans as I have rarely ever had to withdraw at such short notice. I have not felt great for a few days and unfortunately it got worse in the last 24 hours.  I was really excited to have my comeback in Miami but I am in no condition to play.  I tried to warm up this morning but it was clear that I could not compete.”

Federer was returning to the tour from surgery on his knee back in early February.