You are here: Home / Features / Djokovic and Azarenka Two Wins Away From an Indian Wells – Miami Double 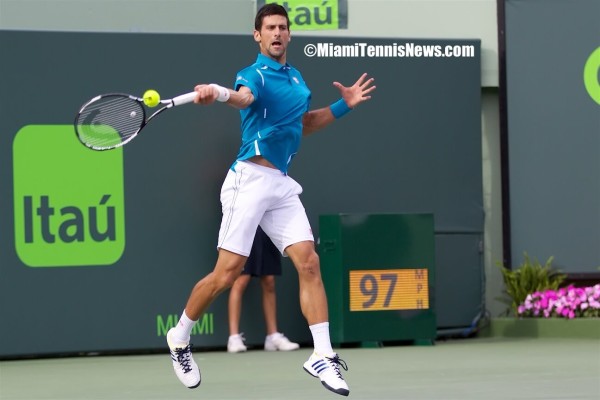 (March 30, 2016) No. 1 Novak Djokovic is a match closer to claiming his sixth Miami Open title and third in a row. The Serb, dealing with back spasms on Wednesday night stopped No. 7 seed Tomas Berdych 6-3, 6-3 to reach the semifinals. His opponent will be No. 15 David Goffin of Belgium. Goffin, reaching his second straight Masters 1000 semifinal rallied past Frenchman and No. 18 seed Gilles Simon 3-6, 6-2, 6-1.

Djokovic is now 26-1 on the year. He stand two wins away from pulling off a fourth career Indian Wells – Miami double. 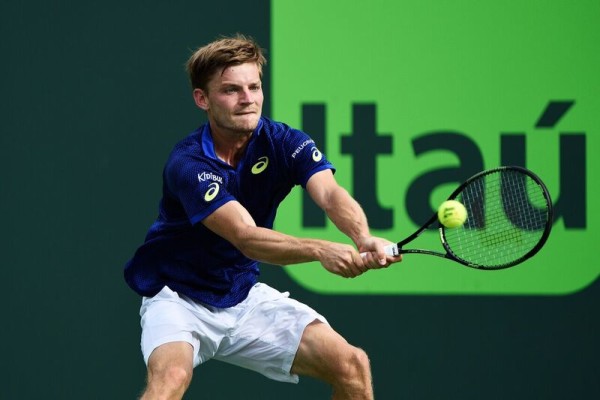 “Yeah, the first set it was tough because it was a good set with a good level,” Goffin said. “Gilles was really solid on his baseline, but I didn’t serve really well in the first set. I didn’t have any free points with my serve, so it was tough.

“I had so many opportunities to come back in the set. I didn’t take, yeah, any occasions to come back. I knew that the level was there and I had to keep going like this, just to stay more focus on some shots just to finish the points, some volleys, some smash, maybe some easy forehands. Maybe just be more precise, because I knew that I was feeling really good.

“Then game after game I was feeling much better. The serve was there in the third set. Yeah, I think with the serve it was the key to win the third.”

Goffin talked about his good run over the past few weeks: “I had a good level all this year during practice. I just had to reproduce my level during a match.

“I think match after match — you know, the first one against Frances Tiafoe in Indian Wells was not the best, but I won that one. Match after match was feeling much better.

“After the Davis Cup of course when I won against Marin Cilic, then match after match I was feeling much better. I won many matches in Indian Wells and here in Miami continued to win, so, yeah, I think the level is here. I have just to keep going like this. Stay aggressive.

“I worked a lot when I practiced with my coach, my two coaches. I think it’s already pays off.”

As for playing Djokovic in semifinals: “I have nothing to lose,” Goffin said. He won almost everything this year. He’s playing unbelievable tennis at the moment. But I played a great match against him last year in Cincinnati, and it could be interesting to watch the match.” 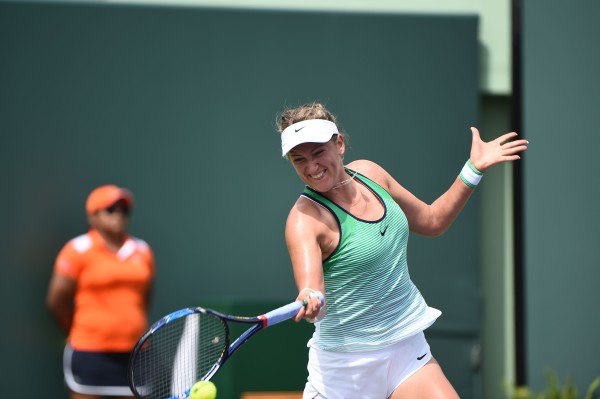 Only two women have won Indian Wells and Miami in the same year and they are Kim Clijsters in 2005 and Steffi Graf in 1994 and 1996.

“If I’m able to make it, it’s great,” Azarenka said after the match. “It seems so close, but it’s really far. I want to stay in the present. I want to continue to fight and keep getting better.”

“Great player,” Azarenka said of Konta. “I was very impressed with her improvement taking from last year and seeing how well she’s handling the pressure and going in big stages and playing really well. That’s impressive. I’m sure we’re going to see a lot more of her in the future.

“I think especially for England not having women player stand out, she’s going to be the one, I think.”

The Belarusian who has struggled with injuries the last few years said that she always believed in herself but she still hasn’t reached her peak. “I never doubt my abilities,” said the 2009 and 2011 Miami Open winner. “What came to my mind is definitely after being for so long injured, the doubt was to get healthy. So always been a little bit on my mind.

“But I still feel that I’m far from my best, and that’s what’s really exciting for me, to be motivated, to keep improving. Everybody has doubts. We’re human beings. I always trust my ability and I believe in myself.”

Azarenka will face-off against No. 2 seed Angelique Kerber who defeated No. 22 Madison Keys 6-3, 6-2 in the evening session. 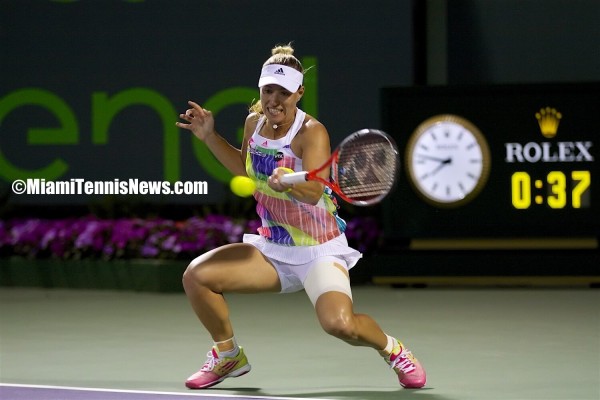 For the reigning Australian Open champion, Kerber this will be her first semifinal in Miami.

Kerber dominated her American opponent, Keys made 39 unforced errors during the match. Kerber rushed need just a little over an hour to complete the victory.

“It’s nice to play a match like this,” Kerber said. “I was feeling good. Madison is always a tough opponent. I know this because we had a lot of tough battles in the past.

“I knew that I must play very good to beat her because she played very well here in the last few matches. So it’s good. It’s good.”

“Because I know the tennis game, and sometimes one ball can change and turn around the match. That was my goal: to be focus(ed) and playing my game until the last point.”

Kerber notched her first win over Azarenka in the most recent quarterfinals of the Australian Open. Coming into that match, the Belarusian had a 6-0 advantage over the German.

“I went out there and trying to be really aggressive from the first point, trying to really believe in myself, because until this time I never won the match against her,” Kerber said. “It was 0-6; now it’s 1-6. I will try to go out there again like in Australia and try to believe in my game and myself and, yeah, trying to challenge her.

“It will be not easy. It will be tough match. But this is for what I am practicing, for the big matches out there, to really show what, yeah, we can do and playing the best tennis.

“So I’m really looking forward to play against her again this year.”

As for playing Azarenka in the next round, Kerber said: “She had a great start of the year, of course. She is like, yeah, on fire I think right now. I will just trying to play my game go out and try to beat her. I mean, we played two times already this year and that’s the third time.

“Yeah, I will try to enjoy it. I know that I must play really my best tennis to beat her because she won Indian Wells; she’s here now in the semis.

“Yeah, I will try to take this challenge against her.”

The other semifinal which will take place on Thursday will pit No. 15 Svetlana Kuznetsova, who defeated No. 1 Serena Williams in the third round, against No. 19 seed Timea Bacsinszky who knocked out two straight top 5 seeds to reach the final four.