You are here: Home / Features / Novak Djokovic Falls to Jiri Vesely in Monte-Carlo 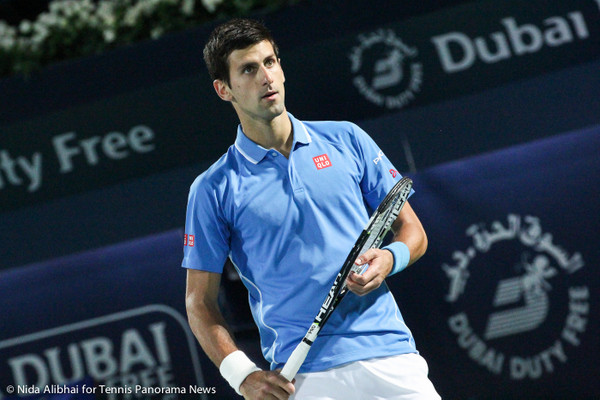 “There is a proof nobody’s unbeatable,” Djokovic said to media. “Happens so many times in my career that I lose a match. It’s not a first time.

“Obviously it’s not easy to lose the match in terms of accepting it, you know, right after exiting the court. But I have to congratulate my opponent. I think he played very solid. He was serving very big. He was playing tactically good and aggressive.

“On the other hand, for me, there were just very few things I could take out from today’s match as a positive. I was playing really, really bad.

“But, you know, nothing taking away from my opponent’s performance. He deserved to win. When he was break up in the third set, he was playing bravely. He was coming in, dropshots, big serves. He was going for it. He deserved to have it.”

“I’m just very, very happy,” Vesely said. “It’s something amazing actually. When I went on court, I had completely different thinking, like I hope to win a game or I really hope to do well. But I really had no idea that I really would be able to beat Novak today.

“So for me it’s just something what I still can’t believe it really happened.”

This was the Czech first win over a Top ten player.

“I hope it will give me a lot of confidence, a lot of self-belief,” said the 22-year-old Vesely. “I think I’ve struggled pretty much the last few months where I really didn’t play good tennis. Obviously last week was the first week of the year where I played a little bit in good form and in good shape.

“I was definitely today in a better form than a couple weeks ago. But, you know, yesterday I was actually 3-6, 3-5 down. It could go bad yesterday and nothing would happen today.

“I’m just amazing happy the way I fought today and the way I finished the match.”

“From my side, I think I didn’t give him too much rhythm. I was just trying to change the rhythm all the time and not play the same game every single ball because I think otherwise he would get in the rhythm and, you know, start to play better and better.

“I’ve had a lot of dropshots. I was obviously serving very well. I think, yeah, I just got it somehow done. I don’t know how.”

This was Djokovic’s worst loss since June 2010 when he was beaten by No. 74 Xavier Malisse in the Queens Club tournament.

Since last January, the Serb had reached 19 out of 21 tournament finals and had won nine of his last 10 events.

Since January 2015, Djokovic had reached 19 finals in 21 tournaments, winning 15 – and the Serb was 28-1 on the year heading into Monte Carlo, having not dropped a set when winning the Miami Masters two weeks ago.

In terms of ranking, this was Djokovic’s worst since June 2010, when he lost to 74th-ranked Xavier Malisse on grass in the third round at Queens.

Earlier in the day, eight-time Monte Carlo champion Rafael Nadal beat Aljaz Bedene of Britain 6-3, 6-3 in the second round. Nadal was asked about his performance: “is obvious that I have been practicing little bit better than what I played today. But at the same time is true that I have been playing good for moments, some mistakes in other moments.

“But it’s fine, no? It’s the first match. It’s important to be through. Especially after what happened in Miami, it’s never easy. The first match again.

“Happy for the victory. I know that I have to improve for tomorrow. But I have confidence because I have been practicing very well these weeks. Let’s see if I am able to play the way that I was practicing. Tomorrow is going to be a tough match against a difficult opponent.”

The Spaniard will take on Dominic Thiem in third round.

“He has a great serve and a great forehand,” Nadal said of his next opponent “I need more victories to be 100 percent confident.”